A viewed from a feminist perspective 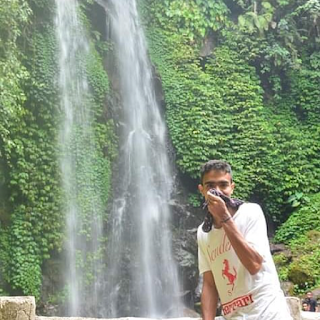 “Remain in silence with Jesus who is offered on so many altars and in so many suffering people.  I do not get tired; I need Him for so many years lost without Him.  To be a repairer is to center prayerless on me and more on the world where sin hurts persons and society.  I pray for so many who don’t ask for God’s forgiveness through Jesus, the victim offered for us. When I make adoration I bring here to the chapel, people, the world, and my homeland.  I have received that love to be able to give it.  So many don’t receive it, they don’t want it; they seem not to need it.  If they only knew…I offer myself, a victim with Him… despite my unworthiness.” (Good Mother)

In your sufferings, do not add anxiety to pain (Good Mother). Suffering does not know one's age, situation or social status. Suffering comes and goes without permission. While reading the life story of our Good Mother, one question bothered me; did God also suffer with Good Mother? In response to this question I tried to see the suffering of Good Mother associated with God suffering from a feminist perspective in the view of Elizabeth A. Johnson. Before taking a deeper look at Elizabeth A. Johnson's view of a suffering God, let us look at the suffering of our Founder Mother. Although I am not an expert on the history of the Congregation, I am interested in deepening the suffering of our beloved Founder (Good Mother).

I can say that the suffering of Good Mother began with the French revolution (1789-1799). The revolution influenced Good Mother's way of thinking, feeling, and being more focused and sensitive towards the suffering people, the priests who were chased and killed for refusing to be loyal to the country. Then Good Mother's suffering continued when she was in prison for 11 months with her mother. The situation of the revolution which was increasingly precarious and claimed so many lives prompted Good Mother to be involved in helping the priests and people who were suffering at that time. The involvement of Good Mother is what resulted in her and her mother being arrested and imprisoned. In prison several times she was almost beheaded but failed every time because of the grace of Allah which flowed through the child prison guard she met. Apart from the grace of God, because she was not beheaded, but there are interesting things that she displayed, namely the face of compassion and sincere love for all people which resulted in her not being beheaded. Apart from this suffering, she also experienced suffering because of the infidelity of the Sisters of her congregation, the suffering due to the pain she suffered and also the sins of the world that she carried in her adoration. Seeing a glimpse of the suffering of Good Mother above, the question arises, is all suffering God's will and does God also suffer in it? As believers, of course we will easily answer 'yes', God also suffered, but is it true that God also suffered? Is man the only one who weeps and complains, or can this also be based on the sacred mystery of God who values ​​a beloved world? 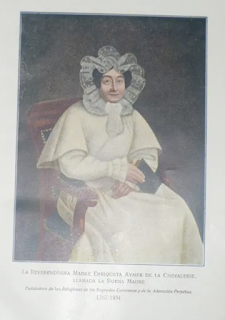 Responding to this question I tried to answer it from the perspective of Elizabeth A. Johnson, a feminist nun and theologian. Although there are many theologians who argue that suffering is also experienced by God, there are also those who do not. E. Schillebeeckx, for example, denies that suffering is also experienced by God. E. Schillebeeckx takes an approach that is in line with the classical Catholic approach. Suffering does not enter the presence of God. Allah: Pure Action, Self-Existing, which is Essentially Being. God is a pure positive nature, pure life, pure love, who only wants life and not death for His creatures. In the case of the cross of God as a pure positive character in solidarity with Jesus on the cross in His mercy; did not leave Jesus at all. God remains faithful, He is still present even though it seems that he is not present. The God shown here is a God who did not suffer and He was with Jesus to accompany Him during the events of the cross until His resurrection. This model God was criticized by Johnson for being seen as if God was apathetic and glorified evil.

Johnson agreed with J. Moltman that God suffered with the suffering of all of His creation. God is not apathetic towards His suffering servants. According to J. Moltman, to say that God does not suffer means to make God a heartless monster in the face of so much and so great suffering today. God suffers not because of deficiencies and weaknesses in divine nature, but because of His infinite and full love. If we look at the concept of suffering presented by Johnson and Moltman above, it is clear that the suffering experienced by Good Mother was also experienced by God himself. God was not apathetic to let Good Mother endure all this suffering alone. He is here to strengthen Good Mother in adoration, even though He doesn't appear to be there. The Blessed Sacrament in the tabernacle is clear evidence of God's presence who participated in the suffering of Good Mother.

Talking about a suffering God from a feminist liberation perspective requires a re-establishment of the idea of omnipotence. "Love" encourages Divine power to appear to suffer with it in a woman's experience. The kind of strength they prove is vitality, a power of empowerment that reaches out and awakens freedom and strength in oneself and in others. God's solidarity with those who suffer is a mystery of empowerment, with moral outrage, concern for the destroyed creation, and a sympathy that calls for justice. The solidarity of love and the strength of God's love for the suffering people that prompted Good Mother to want to suffer, burning like a candle for the salvation of many people. Good Mother presents herself as a victim in adoration of her choice even though she knows she doesn't deserve it because of her sinfulness.

From the viewpoint of Johnson and Moltman above, I may draw the conclusion that in fact God also cried, suffered with Good Mother. He was here to strengthen Good Mother in the adoration of the Founding Mother. The presence of God who was not apathetic was what strengthened Good Mother in facing all kinds of sufferings. He does not complain and is ready to suffer for others. Good Mother dared to flog herself because she realized God was with her. Mercy, compassion, God wants to describe a God who suffers together, to feel together: God is not at all cold or far from human suffering. In the perspective of feminist theologian: the root word for compassion in Hebrew is the same as the root for female womb (rhm). So, compassion / God who also suffers is the same as saying that God has a Mercy-love towards us and loves us as a mother loves a child from her womb (Isaiah 42:14). God suffered with it because He found His image in His creation. Good Mother wanted to suffer because she also found God in everyone who suffers. Let us commemorate the death of our Founder, this time we are invited to be compassionate towards everyone who has suffered in our prayers and actions.