The Risk of Discipleship

The Reflection About Discipleship 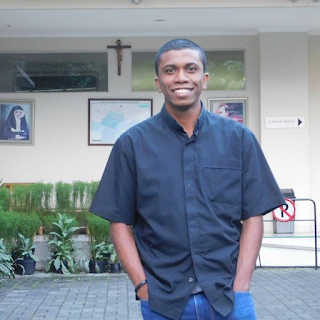 The decision to become a follower of Christ, whatever the form of our vocation, especially by becoming a monk or a nun cannot be separated from the consequences. Dietrich Bonhoeffer wrote excellently in his famous work, "The Coast of Discipleship", underlining, "Becoming a follower of Christ comes at a price. One can only answer to God in his life by involving his whole life, by resisting the misfortune of his own life and especially for the lives of others but also with resignation (Dietrich Bonhoeffer, The Cost of Discipleship).

The context of discipleship as describe above is very interesting when we make relate with the story in the Gospel of John 9: 1-41, story of the blind man from birth who was healed by Jesus. Although the text itself does not talk about discipleship in terms of witnessing, but from the narrative and story line itself implicitly shows us the importance of bearing witness to Christ which we have personally experienced. The story implicitly describes how a person who was healed (or redeemed by Jesus) testifies in the midst of conflict and tension. So, the purpose of this reflective paper is to see Henriette's life in the spirit of discipleship, especially to bearing the witness about Jesus in the context of conflict and tension. 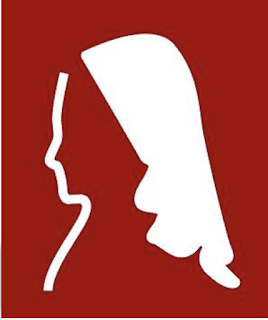 Living in a situation of the French Revolution that is very tense, even when human lives are at stake is not a comfortable atmosphere. Psychic, psychological, social, economic, political, religious and other suffering were bitter experiences that people at that time had to experienced, including Henriette and her family. Even though she was from a noble family, she and her mother had to experience suffering. Being arrested and imprisoned is a reality that they must experience.

However, behind the squeezing iron bars that limiting their steps, at times did not dampen Henriette's enthusiasm to help others. Even behind the prison, she became more acquainted with herself, others and God. "During the months she was imprisoned, something that had been buried within her emerged, her capacity for deep interiorization and reflection". In addition, the discernment of her conscience was further shaped through her experiences in prison. Gabriel de la Barre, a friend and co-worker in the founding of the Congregation, said that Henriette spent most of her time, day and night working with her hands, producing embroidery to sell in order to get food for her mother. Compassion is the main thing that arises in her. Starting with her mother and moving on to the poorest people. In prison, there is a woman who is rejected by everyone for her revolutionary ideas. Henriette actually became friends with her.

Apart from the personal matters mentioned above, there are other changes that Henriette experienced which, in my opinion, are the first steps towards a big decision that she will make at a later date. This experience was her encounter with a priest who would become her spiritual companion. The priest was Father Piere Coudrin (together with Henriette founded the SSCC Congregation). Henriette took the opportunity of the encounter to make a confession. It is an important step in her journey with God. She said later that this period brought about a big change in her life which she called repentance. "If I confess sin it is by a decision never to deny God." Through this perspective, I may say that, the first step of discipleship is when we dare to change or transform ourselves, before we try to change the others.

The decision to confess sin and make God the center of her life was a fundamental step that Henriette has made. The decision was also an answer to the longing of the soul and God's calling which echoed softly in her heart while in prison. After experiencing self-transformation through experience of encounter and repentance, Henriette did not remain silent or doing nothing. Together with her mother, they actively helped the ministry of the priests who were under pressure and tension. Their act of hiding and rescuing the priests who refused to take the oath of allegiance to the state was a heroic act, because, the consequences of such actions were a threat to their own lives. But Henriette and her mother didn't care about that. This is the brave side of Henriette that we can live in today.

The courage that Henriette shows is to set a firm attitude and action to defend what is right and what she believes. Although the consequences of these actions they know well and are aware of, the attitude to oppose the unfortunate fate that will receive and for the sake of the lives of others is a valuable lesson that we must emulate. That, having faith is not something that is taken for granted. Faith must be demonstrated through attitude to life and concrete actions. Even though we always face challenges, conflicts and difficulties, a strong commitment to what we believe is certainly the key to passing challenges, uncertainty and suffering in every situation of our life.

From Henriette we can learn one important thing, especially in relation to our vocation, which is "DISCIPLESHIP". Discipleship is a word that is quite familiar to us. Discipleship is a process of making disciples for Christians to become more like Christ. This is what I found out from Henriette. Her whole life was a constant effort to become closer and like Christ. Through a strong commitment and courage to fight against a country whose policies cornered and threatened the existence of priests.

Even though she knew what the consequences and risks would be received as a result of his actions, she not to deny her faith. She dared to defend her faith in Jesus, even when faced with threats. For me, Henriette is a true disciple of Christ, to whom alone she has dedicated her whole life. In this context, being a disciple of Christ has to pay dearly for its meaning. That, by becoming disciples of Christ, we must have the courage to deny ourselves, dare to stand up to bad luck, and sacrifice for others. These are the values of discipleship that I can learned from Henriette's way of life.