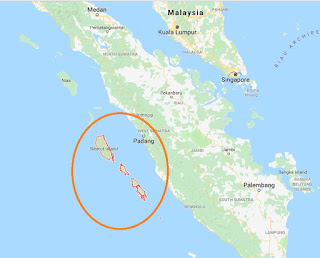 The joy of Mentawai Island

The Mentawai archipelago is a small archipelago located in the province of West Sumatra, known as Padang. Mons. Martinus Dogma Situmorang OFM Cap entrusted us there with a new parish, dismembered from the parish "Assumption of Mary". Our mission center is located on the island of Siberut, the largest island of the Mentawai archipelago, with a length of 112 kilometers and 40 kilometers in width, with a total of 4,480 square meters. Our parish, "Saint Damien", is located in the central region of the island of Siberut. We serve fourteen missionary stations within this parish, divided into three regions: San Miguel, San Gabriel and San Gabriel. According to our parish statistics for 2017, there are 4,747 parishioners, who are spread out throughout these fourteen stations or towns, located a good distance from our parish church and from one station to another.

We officially accepted the new parish and began the mission here on December 18, 2014. We started with the presence of our young brother priest Dame Rangkas Simatupang sscc, in December 2014. Later it was me (Alex Dato sscc), in December 2015, who joined the mission. 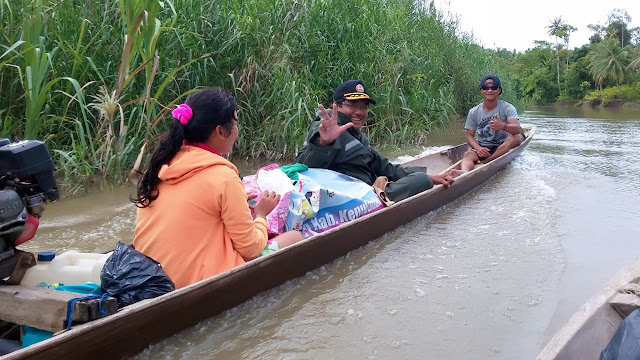 The main transport in this archipelago is done by sea. To get north of Siberut, to Sikabaluan, we have to travel by boat from Padang for around three and a half hours, and from Sikabaluan to our Saint Damien parish we have to travel by boat for about an hour and a half. The economic situation of our parishioners is that of humble people, since most of them live as farmers, fishermen and a few are government officials who work in government offices, in health care, or as teachers in the school primary school and high school. The simplicity of our parishioners and their economic situation affect the process of evangelization, as well as the sacramental services, especially in the understanding and participation in the Eucharistic celebration.

The challenge and the opportunity of the mission in Mentawai
Before coming to Mentawai I spent many years serving as a pastor and involved in the pastoral commission of the Diocese of Bandung. We had many concerns before coming to this mission; It was a bit difficult at first, because of the different context of the mission. Before in the city and now in one of the poorest and farthest parishes of the Diocese of Padang. However, it is interesting for us and for the people with whom we live and whom we serve. People feel our closeness. We visit the nine stations of region I and II once every two months. We arrive to these villages in a small boat, in about an hour or an hour and a half. While in Region III, we have to walk for two days, passing rivers and mountains to reach the four villages of this region. We meet many challenges of the nature while traveling by sea and by the river; We spend the night in the forest and we are very lucky to have local people who travel with us and guide us with their wisdom. 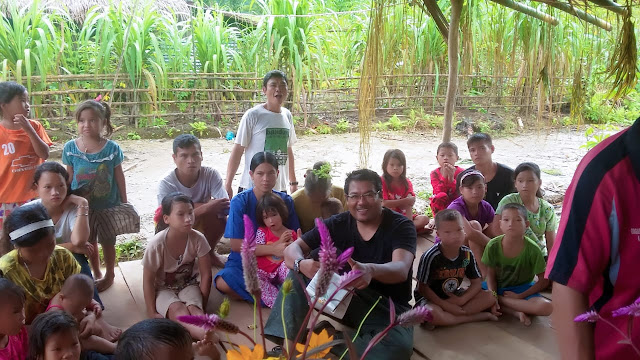 The extensive area of ​​our mission requires special attention and specific pastoral care from our team. One of our strategies is to have a regular formation for the pastoral agents of the parish and the stations. The main intention is to help these agents to do themselves the sacramental preparation of their own people, since they understand better their people and their culture. As priests, we take advantage of the pastoral visit and the sacramental service as moments to be with them and celebrate with them their life and their faith. We are aware that the people of the parish center benefit more from our presence and service, especially on Sundays and holidays, because this is the permanent place of our sscc community. We note, for example, that there is a growing number of people in the church celebrating the Eucharist on the first Fridays.

The main challenge we face is the mentality of people regarding the Church and its activities. The mentality of people in general is to live up to date and not so much to think about the future of their children. They live on the providence of nature, which creates a kind of lazy attitude towards the activities of the church. Smoking, for example, is a part of their agricultural culture and, through taking a cigarette, we enter into their lives and have the means to facilitate their participation in our pastoral visits. It is our great challenge to be creative enough in our pastoral activities, so that they can be an active part and enjoy the pastoral and change it little by little. We need to be patient to develop a sense of belonging to the ecclesial community and to give their contribution to the improvement of their future communities. We are still in the stage of putting the seed and have faith in God, who will grow by changing what he wants; We have just arrived at a place with their own lifestyle that people have lived from generation to generation. We work and accept the philosophy of the process, not the immediate result. 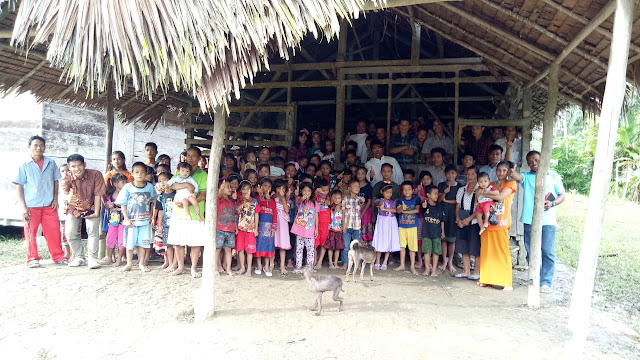 The development of infrastructure and the growth of people
When we arrived at Saibi Samukop, the Diocese of Padang built a house for us to stay, as well as a place for parish offices and activities. We maximize all the facilities we have for pastoral service. The presence of our community and the service provided to the people, little by little, slowly, makes people start coming and going from the stations and help us get there where they live. By sharing our experience of pastoral visits throughout the parish area, with its difficulties and challenges, the diocese has decided to help us improve the infrastructure, especially for pastoral service. As more people began to come to our parish, we began to build the parish hall, which serves as a multipurpose room. The government has also helped to develop the site, as it has provided electricity to people since last year. Let's say that during the three years that we have been in this parish, there is a lot of progress, either around the church or coming from the government, although not all places have the opportunity to benefit from these services.

Our goal is to involve more people in the activities of the parish, attract more people to come to our service and awaken their conscience for a better future. In education, for example, we work together with schools and parents; We promote a scholarship program so that qualified students can continue their studies in large cities, in Catholic universities such as Bandung and Jogyakarta, where we are present. It is not easy to change the mentality of parents and children, due to the close family ties between them. We hope that the success of one or two students with scholarships will slowly change the mentality. Another interesting thing about the joy of serving people in this difficult place is seeing the fruit of vocations for our Congregation. At this time, there are two candidates from our parish in the pre-novitiate formation house in Bandung. 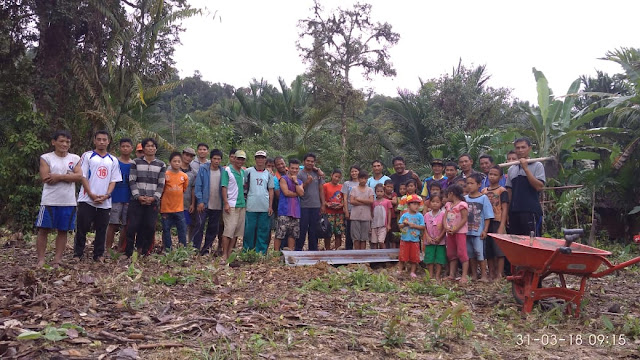 The joy of celebrating Easter in Region III
I celebrated Easter there for the first time in 2017. It was like a time of adaptation and of joining people to celebrate the Resurrection. Learning from previous years, in 2018 I went with one of our brothers, Thomas Waluyo sscc, who spent his pastoral year in our parish, and with a group of eight people who volunteered to accompany us. We visit the four stations, walking, crossing rivers, climbing mountains. We left our parish on March 27, traveling in a small motor boat, for about an hour and a half. From there, we use a smaller boat without a motor, with capacity for two or three people. We need to stop and spend the night in the middle of the jungle. The next day we continue our journey through the jungle, the river and the mountain. When we arrive at a station, we spend our time visiting the parishioners and their families. We respond to any pastoral need and the other need of the people and we stay one night in that station. The next day, we need seven hours of walking to get to another station. To get to the next station in our parish, we need to take another small boat, for about six hours. It is exhausting, but at the same time, it is a great joy to celebrate Holy Week in these simple villages, with simple people who believe in Jesus as the way, the life and the resurrection. We returned to our parish, to the center of the mission, on April 2, going through the same places we have gone through. The joy of celebrating Easter with these simple people makes our journey home shorter, even if the distance is the same.

Concluding
Our mission in the Mentawai archipelago is a missionary response to the call of the 38th General Chapter of 2012 regarding evangelization at the margins (Mission, No. 20). As a community, we are pleased that we are given this opportunity to meet the sufferings of the poor, materially and spiritually. The presence of our community, which lives our charism and mission, gives us to taste the water of God's love for those who are spiritually thirsty. We are aware that we have only begun, that there are many more things to do; We need to improve, the people we serve and we ourselves. However, at the same time, we are happy with the young spirit of our brother priests, and especially with the presence of our brothers who come for their pastoral year. We are happy to see how they experience true mission in difficult places and, at the same time, motivate and mature in their call to serve the way SSCCs live and serve people, according to our spirituality.

May our SSCC presence in Mentawai continue to give a different color and be a test of the experience of our missionary spirit, that people may experience the love of God and the hearts of Jesus and Mary be glorified now and forever, Amen! 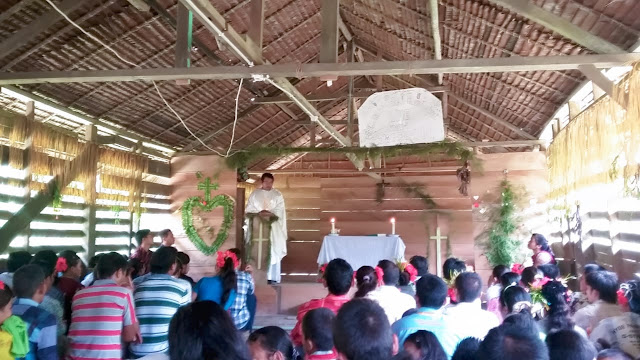 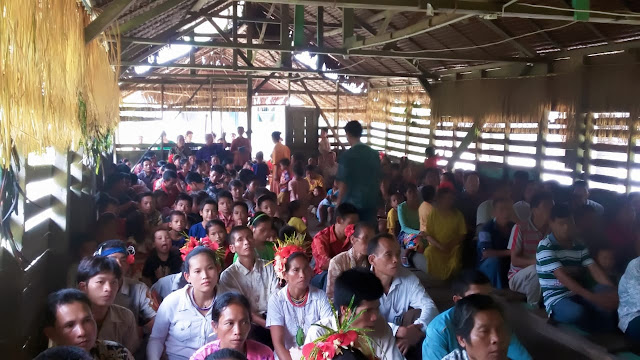 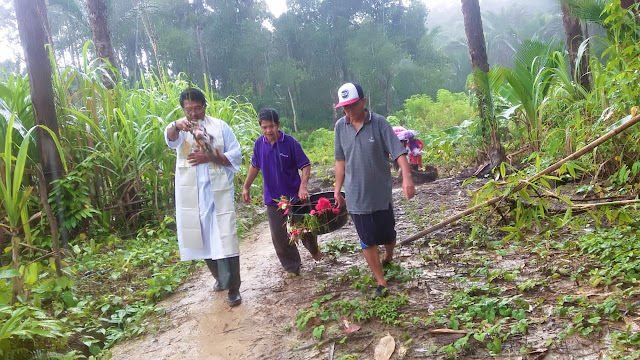 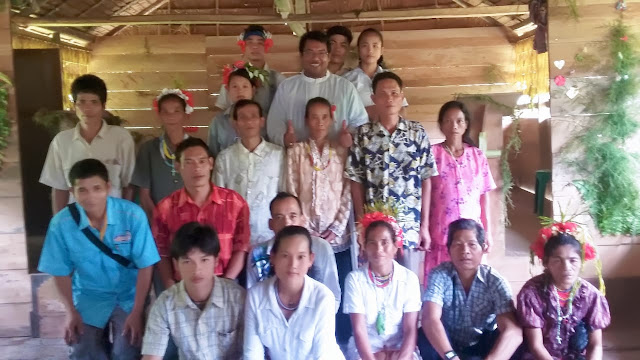 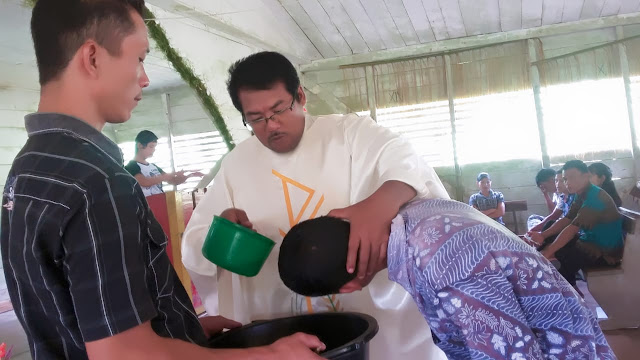 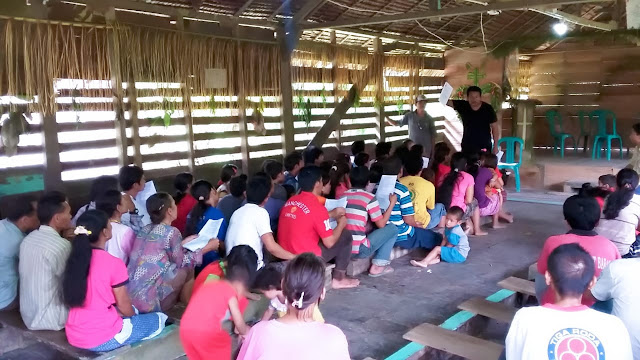 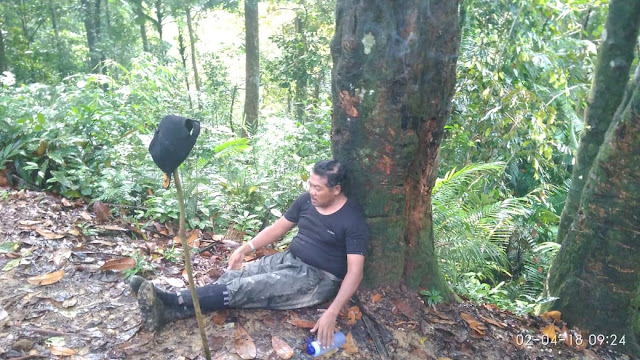 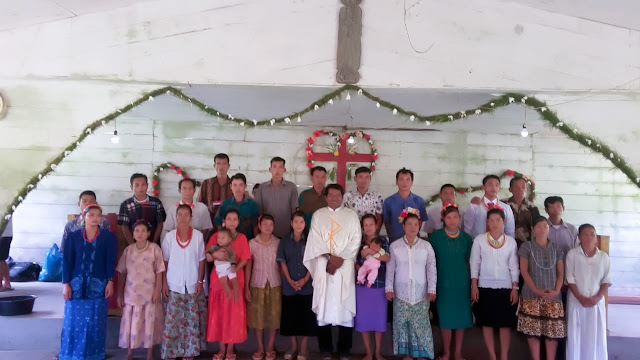