The Spirituality of ‘Nakedness’: A New Model of Solidarity 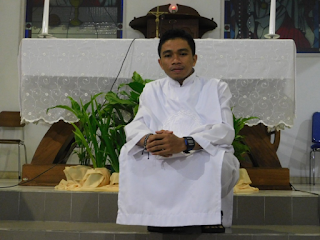 Henriette is more than a founder of SSCC Congregation. She is a patron and figure of Holy woman in our Congregation. She has deep faith quality in God. Henriette came from a rich family economically. I will say that she could have anything what she wants, for example food, clothes, education, entertaining, etc. At the time, Henriette grew up in the revolutionary regime. Fortunately, the condition of her family determined their life and needy. As a sufficient family, revolution did not big impact on her family. Logically, she could keep and stay cool in her comfort zone. The key is only obeying the revolutionary regime. But for some people, what she was doing was no-sense even unpredictable. Henriette went out of herself, from her comfort zone, then she did a ‘foolishness’. What is that? She hid the priest whom they reject to promise and obey on revolution. A rich woman took the different way by leaving what she had. Some people even me, if I live in that moment will judge her by saying, “wow, how stupid you are, Henriette”. But Henriette is an independent woman. There were no fears in her eyes. At a young age, she chose and decided a crucial thing with a big consequence too. What she did could endanger her and her family. She didn’t care about it. What kind of spirit dwells in her heart? I reflect that there was a great power and courage. I find that a great power is coming from great faith. Faith means believing in God totally and Henriette has done it.

As I have mentioned before, Henriette was a nobility woman before entering the congregation. Hence, I am very so amazed by her life change. We know that many people or saints do the same, but for me, Henriette is special. She did this in difficult moment while other people avoid it. For me, she is a special gift and blessing for our congregation and also the world. My pride and admiration in her do not cease at her courage in hiding the priests, but also how she lived in the congregation in the early years. One of the best deeds of Henriette was how her love and charity to the needy. In her transition from laity to a nun, Henriette was not just leaving her heritages from her family, but she also helped the poor, especially the children. At the time, many children were neglected, missing their family. Apparently, this situation gave the special reflection to Henriette. The deep faith in God enable her to reflect on that situation.

I see the courageous of Henriette in leaving her old life is an extraordinary moment. Henriette has a sensitivity with all situation surrounding her. Sensitivity comes from the heart, then it goes to the actions. So, the sensitivity of the heart of Henriette brings her to empathy. It applied in helping the children, that is food, clothes, place and educations. She embraced them as the victim of revolutionary regime. Henriette facilitated them in getting the good education. I can say that Holy Spirit really flows upon her. The grace of God changes her whole life and the other side she let God shaping her life. I think, it is one of the qualities of life, virtue and the holiness of Henriette.

I reflect her life transformation as a “spirituality of nakedness”. Maybe it sounds strange, but it is very inspiring. Being naked means leaving everything we have, especially worldly things. The spirituality of nakedness indicates an independency, instead self-emptying. The goal of spirituality is to lead ‘naked person’ to stand trustfully before the naked God, Jesus Christ. Christ has shown it to the Christian in His suffering, death and resurrection. We have to know which way Jesus chose to complete and fulfil the mission of God’s salvation. That is ‘nakedness’. I reflect it according to “the hymn of kenosis”. You should think about things in the same way that Christ Jesus thought: Christ had the same nature as God. He was completely equal with God. But he did not try to keep hold of that, instead he chose to leave His Father’s house. He took for himself the nature of a slave. He became like a human and when he lived as a man, he made himself even less important. He obeyed God completely till the death, He even died on a cross (Philippians 2: 5-8). After leaving His Father’s house and becoming a man, then, Jesus took the suffering way. God came down as a man, even a slave. The reason of this is “love”. It is a model of pure and true love. I articulate it as ‘radical love’. 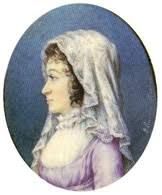 The mystery of the kenosis of Jesus seems influence Henriette. The deep faith in praying and adoration empowered her to choose the way Jesus has done. I reflect, Henriette takes and lives the kenosis, that means ‘nakedness’. Henriette was leaving everything, her friend, money, party, and many facilities, then being focus on her relation with God. Her faith is getting stronger when he entered the SSCC Congregation. Her love for God was proven by loving her congregation, loving the mission and loving the poor and needy. This is the spirituality of nakedness. Being naked, in other words that we come without title and merit. All we can offer to God is who we really are. Henriette has done it well.

For me, Henriette is not only a historical figure, but she is worthy to be remembered all the time. Her virtues, like courage, faith and charity are needed in nowadays. Her spirituality of nakedness can be reflected as a model of solidarity. In the context of covid-19 pandemic, solidarity is one of the most important point for human lives. About solidarity, Jesus has been started, and then, Henriette also did even in the different concept and context. Henriette’s charity to the poor, especially the children is big solidarity. She did solidarity in the difficult moment, revolutionary regime. Now, we are in the different situation, covid-19 pandemic. There are different difficulties too. Pandemic changes many things, social, politic, economic, culture, etc. But even we are in the different difficulties with Henriette’s life context, we are still in the same solution that is “solidarity movement”.

The idea or feeling of solidarity meant that citizens could neither be ignored nor destroyed. A core idea of solidarity is that the group as a whole share the risks, burdens or possible threats. This element of solidarity can be found in many practices including healthy, social, religion, education, etc. Solidarity goes far beyond the expression of common interests, but there is also the sense of brotherhood. Solidarity whereas has been inspired by Henriette’s whole life indicates responsibility.

We know that solidarity is one of moral concept. In this pandemic, we are called to be the people for others and to see the ‘other face’. According to Levinas, the expressivity of the Other’s face is not only in the voice of the Other, but in the eyes and overall expressivity of the Other’s body. Expression is not merely verbal for Levinas, because the significance even of actual speech is not just words but meaning. The Other means something in saying something. Levinas explains, “To signify is not equivalent to presenting oneself as a sign, but to expressing oneself, that is, presenting oneself in person. The symbolism of the sign already presupposes the signification of expression, the face. In the face the existent par excellence presents itself. And the whole body, a hand or a curve of the shoulder can express as the face”. Henriette has done solidarity before Levinas conceptualized his morality theory. Finally, being naked does not mean shameful, but there is we find true love. In the unity of the spirit of Good Mother, we are called to be the beautiful rose among the sharp thorns.