Between the past and the present / Zwischen Vergangenheit und Gegenwart 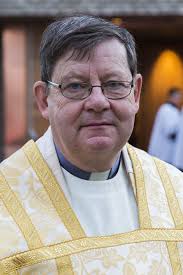 What follows is a homily given on 3rd October by Fr. Heinz Josef to mark the 100th anniversary of the establishment of Germany as a Province in the Congregation of the Sacred Hearts of Jesus and Mary.

“One of my favorite things to do in Norway was to go for a walk on the beach.  There were few sandy beaches, mostly they were a mixture of sand, large stones and rocks.  I used to walk there with my eyes looking on the ground, in the first place so as not to stumble, but also to see what the ebb and flow had washed up.  One time there were traces of nature: grass, moss, lichen and seaweed, but also the feather of a large seagull, the skeleton of a fish.  It was life in its incredible diversity.  Each puddle is a cosmos of its own, with algae, seaweed and plants, animated by tiny creatures in many forms.

The legacies of the people were terrifying.  Remnants of fishing nets, beverage cans made in some factory in Bangladesh, a tattered work glove.  Styrofoam boxes with Cyrillic letters, shredded plastic sheets.  “Made in China or Made in Germany.

But then there were works of art.

Shards of glass that had been lying in salt water for a long time and which had been moved by the sand lost all their sharp edges and were round, colourful and smooth like gemstones in your hand.  Bits of driftwood were pickled and sanded in salt water and looked like mythical creatures.  Then there were the masterpieces of nature, wonderfully twisted snail shells, clams in all shapes and sizes and farms.  All of this was an invitation to be amazed and to reflect.  So much can show up when you are ready to look.

This year, through the Apostle Magazine, I have dealt a lot with the last hundred years of our religious community.  In some ways it has been a kind of beach walk.  In a figurative sense, I travelled the coastline between the past and present of our lives and kept an eye out for what the last hundred years had brought and what had been left there.

How many Germanys have there been?  the Weimar Republic, the extremely short-lived ‘1000-year’ Reich, the Germany of the 4 zones of occupation, the GDR and, if you want, two federal republics: the old West Germany and then the reunified Germany.  We have experienced limitless technical progress, and one example of this is digitalisation, which is going over the heads of people even younger than me.

We are still afraid of war and new threats are emerging: terrorism, climate change and now the pandemic. We live in a society in which almost everything is offered in abundance, but this capitalism reveals an angry face because it stands in the way of a balance between rich and poor. 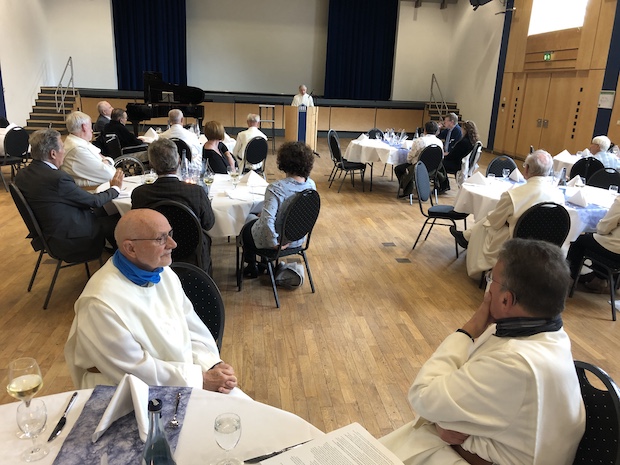 Our church, too, worries us.  Very many of us have lived through the years of the new beginnings of the Council; now we are experiencing a deep crisis and a huge emigration of believers.

Our works: schools, popular missions, parishes, sick and old people's homes.  The missions in Chile, Argentina and Norway, The Apostle Magazine that turns 125 this year.  Enthronement of the Heart of Jesus, Arnstein pilgrimage, pilgrimages for young people.

Our helpers: the families in the golden book of Arnstein, the pilgrim helpers, the secular branch, the SSCC family.

Our wounds: resignations of confreres, failure of projects, attacks on people who were entrusted to us.  The history of our community would be different without the many helpers.

Everything leaves traces and I wonder with which eyes do we look at all that the flood of the last 100 years has brought.  What do we see and what do we want to see?

The first reading today shows in the prophet Elijah a man who apparently no longer wants to see.  His eyes just can't stand the condition of Israel anymore.  He has had enough, he flees into the desert and crawls into a cave, where it is really dark and he has peace and quiet.  Three times he prepares to sleep or even to die in the desert.  But he is woken up, he gets something to eat and has to move on.  The tired prophet has to be shaken awake three times and one may wonder whether discouragement is part of our human DNA.  Elijah doesn't want to go to the beach of his life to see what time has washed ashore.  but he has to, because he needs to understand and proclaim.  God wakes him up personally the third time and reveals himself, but in a very different way than Elijah expected: neither in a storm, fire or an earthquake, but in the sound of a gentle breeze.  One has to make an effort to perceive this God, and here a basic experience of Christian faith is addressed.  To seek God means to trace him in the diversity of our lives - in the good and bad times, in heydays and in catastrophes, in the roaring noise or in the silence that we often cannot bear.  Seeking God is the foundation of religious life.  It's a corridor that we travel along with open eyes.  But the open eyes are not everything.  In addition, there has to be a willingness to absorb and interpret what has been seen.

At the end of the Gospel there is the sentence: "Mary kept all these things and put them together in her heart".  What Mary experienced or had seen, she kept safe in her heart and pierced them together.  This verb “to put together” reminds me of the words from Antoine de Saint-Exupéry: “It is only with the heart that one can see rightly; what is essential is invisible to the eye.”

“Seeing” - “preserving” - “putting together” provide for a good way to celebrate anniversaries.  It's about looking - about constantly looking.  A beach always looks different.  Anniversaries speak to us about staying power.  Usually we are too caught up in the moment.  This is more about the long-term perspective that includes not only the past, but also the present and the future.  Religious life means looking, evaluating and deriving a plan of action.  It is the classic three-step formula devised by Josef Cardijn, the founder of the Young Christian Workers movement: see - judge - act.

In the 100 years of our history, the community has seen many changes.

It started with a huge failure.  The New Guinea Mission Group already had their luggage on the ship when the First World War broke out.  The luggage was confiscated and the trip ended before it began.  The house that existed the longest was Arnstein.  It can look back on almost 100 years of history.  There was more change elsewhere.  Falkenhain existed as a school for just 12 years, during which time 15 clerics and 15 brother novices were recruited.  Wonderful works such as the popular missions came and then disappeared.  Houses were founded and abandoned.  Religious life also meant and means building something up and handing it over to others, as has been the case with our two schools.

We often and very gladly associate religious life with the history of great works and the example of great names.  I would like to warn against this.  Religious life is like a walk on the beach.  When walk along the coastline you can see what's going on today.  (You rarely find the message in a bottle that changes the world).  What we often find is rubbish that serves as a warning to us.  But among the rubbish there is life in its many forms that can generate amazement and things that are just beautiful to delight us.  Think of the glass beads. 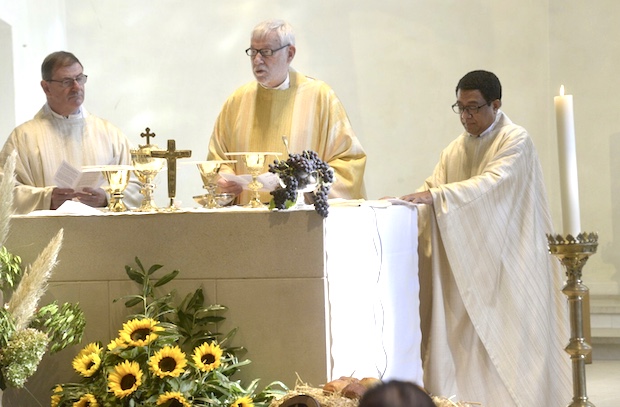 Posted by SSCC Picpus Blog at 9:18 AM