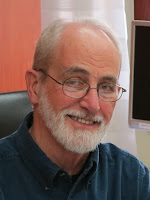 Fire in the belly! When you think sscc, do you feel fire in the belly? Can you guess how many brothers discerned their fire, their sscc vocation through Saint Peter’s Kitchen, a soup kitchen serving the poor in Rochester, New York? I count three: David Lupo, James Rukavina and Richard Lifrak.

But first a recap on the Kitchen. A voice from the past spoke to me recently. Tom Zamiara, a businessman who has been involved in the work of St. Peter’s Kitchen for more than twenty five years wrote to me recently and said that all is going well. He is still involved serving on the board who now run the kitchen, and he is anxious to share the story. How well he might! The Kitchen would never have survived without such dedication and vision. When I talked about Tom in the local community in Rome, I was asked to post something on our blog. Here’s a short note. This is not the moment to mourn the necessity of a soup kitchen but to praise God for the endurance of those who saw its necessity and rose to the occasion. And, notably, to see such ministry as a call for some to sscc life.

The kitchen flourishes. On April 1, 2017 there will be a Gala party to celebrate 35 years in operation; at present the kitchen has the able leadership of Ms. Pat Lorenzen. A little history. Thirty five years ago, 1982, Fr. William Heffron sscc was the parish priest (pastor, now retired and suffering from Alzheimer’s). He asked the late Richard Czerwien sscc (1941-2007) to come to Rochester to begin the kitchen. Richard had his pastoral practicum to do and would subsequently write his paper on the experience for the Master of Divinity degree. In those beginning days, Bill and Richard, helped by the late Robert (Bobby) Di Manno sscc (1941-1992) and many other members of the Congregation, would learn by hard knocks how to run a soup kitchen. But nothing compared with the outpouring of help from the parishes of the Diocese of Rochester, not only in putting together a corps of volunteers, but effecting the constant supply of food. And hungry people came, averaging 250 a day, of all ages, six days a week. Core to the operation was building and maintaining the team of volunteers. Many came to help but not all were called to the work. There are good ways to serve and there are ways which can ignite storms of protest. People come to eat with many different feelings and a person’s mood can change from day to day. It is hard to be without food and/or homeless. For many however, the kitchen was their strategy of survival.  The one meal a day made it possible for them to survive on their limited resources. Some came to help because at an earlier time in their lives they had come to eat at St. Peter’s or in a like place elsewhere.


There is a discipleship inherent in volunteering one’s services and it often comes through practice. To serve away from one’s self became a mantra, away from one’s own preferences and choices, one’s whims and humors, one’s preferred ways to prepare food. People came to eat and nothing more. We said a simple prayer, sometimes made a few announcements about what was available. We aimed to be the least intrusive as possible. Often, a group of volunteers from the one parish had their way of nurturing their spiritual life by devotedly turning up to serve on “their” day every week. As a volunteer corps, we made retreats together. The long term effect of this practice was a deepening grasp of the meaning of the Gospel for the world today. I will always remember a lesson taught us on one of those days of volunteers’ retreat. At the end of the day the poor person will perhaps not remember what they ate, but they will remember how they were served. 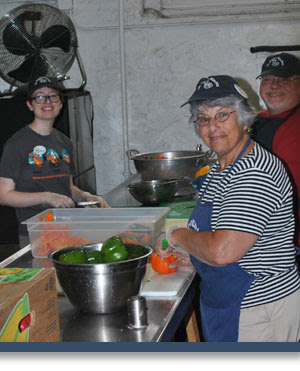 When I was pastor at Sts. Peter and Paul, I worked with Brother Bobby and Mary Leahy who was director of the Kitchen in a time of acquiring new equipment and strengthening the volunteer base. A health clinic was an expansion of services where the poor could be helped before things got out of hand that would necessitate visits to the local St. Mary’s Hospital run by the Daughters of Charity. John Curran ran the clothes closet and a commentary that would tell the story of how to keep the poor clothed in winter, especially the fast turn over in children’s clothing and the not fast enough turn-over in men’s clothing.

Running the kitchen had many good effects on the parish community. We were involved in direct service. We needed also to be involved in advocacy for better living conditions, job training. The number of homeless veterans was troubling, still feeling despised for the Vietnam War while battling their own demons. The neighborhood was rough, with drugs and the occasional murder of any one who introduced a batch of poorly confected drugs.

All of this activity gave a rush to the neighborhood. But for many kids this was their only neighborhood and together we had to improve it. Oh yes, we had another service. We had our fun days during the summer when the Kitchen organized a day trip to the amusement park. There were programs to help the kids express themselves in a variety of artistic ways. Many came to help. I recall one, Sr. Eileen Sweeney SND de Namur who saved up her pocket money to come from Washington DC. The lesson that emerged was this: let a church or a religious community set up the structures and people will come to help. Many want to help but without safeguards in place and good policies, many fail and lose courage. We need to work as a community to meet the pressing needs of others. Everyone finds a notch to deploy their talents. Richard Czerwien’s heart was always in the right place and people were drawn to join him. People made the Kitchen service into a caring community.  Many, whose names are not mentioned, heard Jesus’ call in Matthew 25 to serve the poor.

Now to the question that was raised at the beginning! Can you guess how many brothers joined sscc from knowing SPK? Richard Lifrak, a searcher by natural disposition came from a Jewish-Buddhist background in his own words: “The Christ spirit was just too clear. I was a learner in a new spiritual path in which both good people and God showed up, and I knew I was really fortunate.” James Rukavina came from a career in the early years of environmental quality control. He would later turn his knowledge into a concern through nursing for the ecology of the human body in the care of the elderly. David Lupo came from the military where he had seen what good example does in the long term for youth. All three were older than what one might have considered the norm for a vocation and all serve as dedicated religious today.

All of this leads me to two conclusions. If a man comes asking to join sscc because he wants to help the poor, ask him what is he doing now. Let him test out the dream in his own setting first and only then introduce him into another. And the other conclusion goes to the heart of why I was asked to write this reflection: may we as sscc continue to make things happen, provide opportunities for people to work in the Gospel and thus serve in Jesus’ name. Only then do we find our vocation to be irresistible: reparative love in action! 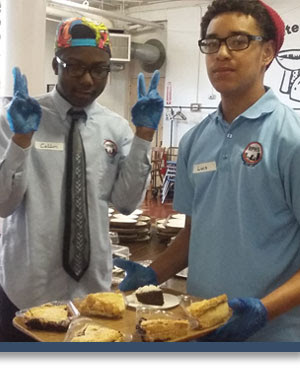 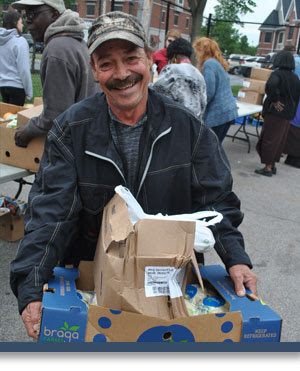 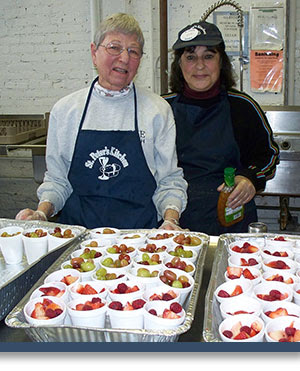 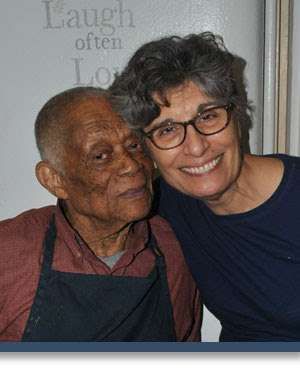 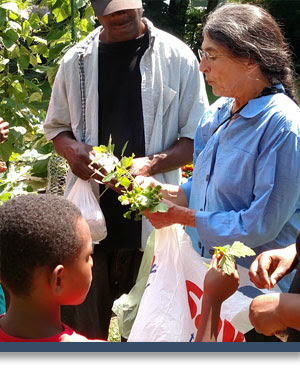 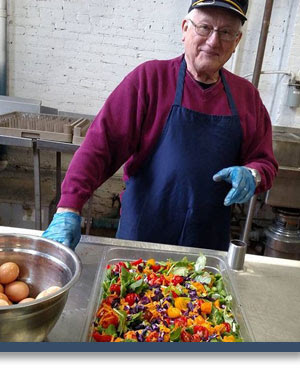