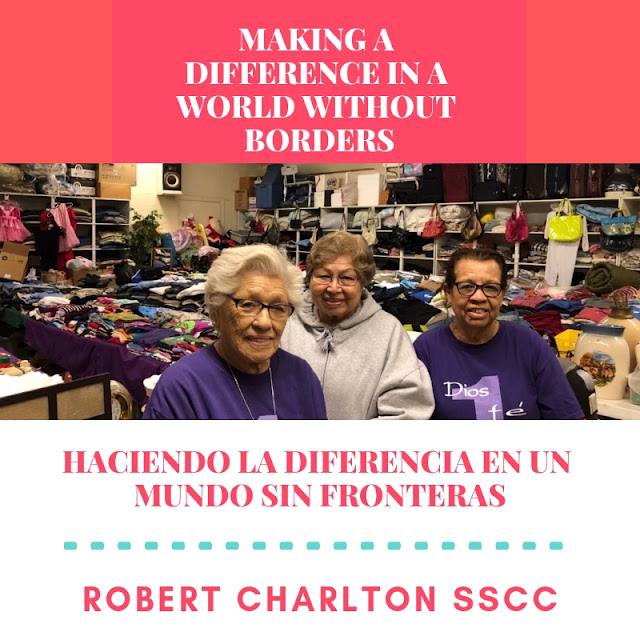 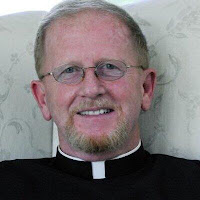 Robert Charlton sscc
is the Pastor of Queen of Peace Church, Texas.
He is also the US Province Vocation Director and director of the  Prenovitiate


The Rio Grande Valley is almost 100% Hispanic and 85% Catholic.  The Diocese estimates there are 1.26 million Catholics.  United States statistics show that some of the poorest regions of the country are these four counties of the Diocese.  A family of four is considered to be living in poverty if the annual family income is less than $24,000 per year.  One-third of all residents of the Rio Grande Valley meet that criteria.  In Cameron County, where our Queen of Peace parish is located, 34% of residents are poor and 47% of children live in poverty.  Poverty is accompanied by a host of other problems.  Drug use and addiction and the influence of drug money is common here.  Addiction rates are high.  Crime rates are high.  Instances of child neglect and domestic abuse and malnutrition are high.

The influx of undocumented persons making illegal entry into the United States at the border crossing points is very high and has continued unabated for years. In recent months, the US Government reports that 50,000 persons were arrested when illegally crossing the 3,000 mile-long border from the Gulf of Mexico to the Pacific Ocean. Other migrants enter legally by asking for asylum. The parents of Central American asylum-seeking children send them unaccompanied through Mexico in hopes of entering the USA. For many parents, this is preferable to staying in Central America where the children are exposed to drugs, gangs, cartels, and other threats to their safety. When apprehended, they are placed in detention centers whose task is to unite them with family already living here in the USA or they are repatriated. Some families travel together. Children entering the country with their parents are separated from them when apprehended or presenting themselves for asylum.

According to United States law, anyone born in the United States is automatically a citizen.  For many years, it has been the practice on the border for pregnant women to enter the USA only to give birth and thus guarantee their child USA citizenship.

An urgent issue today is the status of those foreign-born children who entered the USA with their undocumented parents and who are now teenagers and young adults. While they do not enjoy USA citizenship, they have lived here virtually all their lives. Life in the United States is all they know. President Obama attempted to normalize their situation to permit them to stay in the USA even if their undocumented parents were deported. These children/young adults are termed “Dreamers.” The Trump administration is doing everything it can to deport these children and young adults along with their parents who have never achieved citizenship.


Many undocumented families who entered the country illegally live in the colonias and barrios on the fringes of border towns and cities. Often these are unincorporated areas that have neither water, electricity nor sewage. They live in extreme poverty. Simply by the fact that they are in the USA, even illegally, they do have certain rights to access food assistance and medical care. However, many will not enter the cities or towns seeking medical attention or other services because they are afraid of being arrested and deported. What is worse, if these same people are in the process of applying for citizenship, seeking medical and other help is counted against them and jeopardizes obtaining a “green card” (that enables them to be employed and pay taxes while awaiting citizenship).

Most people have heard of the “Border Wall.” It was begun under President Clinton and continued under Presidents Bush, Obama and Trump. The wall is a physical barrier that, when complete, will extend 3,000 miles from the Gulf of Mexico to the Pacific Ocean. Large portions of the Wall, however incomplete, have already proven to be ineffective. Determined immigrants regularly scale or otherwise by-pass the Wall. For this reason, President Trump is determined to rebuild the entire Wall as an impenetrable concrete and steel structure 30 feet high. While the Wall is being built, the U.S. Federal Government is militarizing the border. Large numbers of Federal troops have been sent to reinforce the Border Patrol agencies.

Five members of the U.S. Province serve two parishes in Rio Grande Valley. The Congregation founded Queen of Peace parish in Harlingen in 1967 and assumed the pastoral care of Sacred Heart parish in Edinburg in 1977. Since 1967, the Congregation has served in several other parishes in the border towns of La Jolla, Hidalgo, and Pharr. In addition to the customary pastoral care, each of the communities has been deeply engaged on social issues in the Rio Grande Valley in collaboration with the Diocese and inter-faith organizations.

Queen of Peace, where I serve, is one of four Catholic parishes in the City of Harlingen. Demographically, we are by far the smallest and poorest of the four communities. Yet Queen of Peace does a great deal of outreach to those who are poorer. One building on the property, staffed by volunteers, is dedicated to clothing and feeding neighbors in need and one staff member is charged with other assistance such as helping neighbors to pay utility bills, buy medicine, and obtain transportation. The parish has three deacons and each is assigned to ministry to young immigrants in detention. Two regularly visit undocumented youth detention facilities and one visits people who are incarcerated. Some youth in detention regularly visit us for Sunday Mass and a meal. The number of immigrant visitors depends upon transportation and supervision available in the detention facilities. The parish is aligned with Valley Interfaith, an organization in service to the poor throughout the four counties of the Rio Grande Valley. Recently, Queen of Peace intervention with Valley Interfaith succeeded in persuading two Members of the House of Representatives to the United States Congress to change their vote regarding the “Dreamers” mentioned above. Their changed vote will guarantee that the issues of family separation and residency rights are discussed on the floor of the U.S. House of Representatives.


Sacred Heart Parish in Edinburg is also deeply engaged in a variety of ministries in service to immigrants and the poor. In collaboration with the Rio Grande Valley Food Bank, the parish sponsors a huge outreach to poor neighbors. Every week they distribute thousands of pounds of perishable and non-perishable foodstuffs to neighbors, immigrants, those with documents and those without documents. This outreach to the poor is funded monthly by a special parish collection that is normally about $5,000. Many parish volunteers assist at the Respite Center for migrants in McAllen, the city immediately south of Edinburg. At Bishop’s invitation, our brothers at Sacred Heart recently assumed pastoral care of the Catholic Campus Ministry Newman Center next to the University of Texas-Rio Grande Valley. The campus has approximately 27,500 students almost all of whom are Catholic. An extension of the parish ministry is service at five federal and state penitentiaries just north of the city. Father Manoj Nayak, SS.CC., pastor at Sacred Heart, also serves on the Presbyteral Council.

In recent months, Bishop opened a new mission site about 20 miles from Queen of Peace. He calls it “Plaza Amistad.” It is located north of the highway that threads through all the border communities. Many undocumented people live near the Plaza Amistad. These same people will not enter the towns or cities seeking help for anything: not for medical reasons, not for food or other assistance. They won’t enter the towns because they are afraid of being arrested by border enforcement agencies and because asking for help jeopardizes their application for citizenship. Bishop sent a medical van to Plaza Amistad to test for diabetes. With very little notice, more than 300 undocumented people showed up for testing. He intends to build a small chapel, community building, and sports field on the 15 acre site.

In a recent meeting with him, Bishop told me that he has land exactly 3.8 miles from Queen of Peace that he would like to use for the same purpose as Plaza Amistad. Although it is a short distance (10 minutes by car), he is convinced that many people won’t come to Mass or look for assistance because they are afraid of being arrested. He asked me if Queen of Peace would take responsibility for the land (9.5 acres) and develop something. I readily agreed to consult with the parish Pastoral and Finance Councils. They are in complete agreement that we take on the responsibility and develop something as quickly as possible. A small problem is that Queen of Peace has no money. Our annual budget has a $90,000 deficit. We are planning to ask for funds from the Catholic Extension Society (a charitable organization with funds for these types of projects) and the Kenedy Foundation (a local Catholic family that bequeathed a huge amount of money to assist Catholic dioceses in south Texas). Parish leadership is investigating what we should do and how we should do it. God only knows where we will find funding for the project.

Both of our parishes are engaged in giving assistance to the Diocese’ Respite Center for immigrants in the City of McAllen. The Center developed in response to assisting legal immigrants who, upon release by U.S. Immigration Services, lacked the means to reach their families in other parts of the United States. Members of a parish located close to the bus station noticed bewildered people milling about. They offered them simple help: food, clothing, a hot shower. This small effort morphed into a huge project that now serves as many as 400 legal immigrants per day. The whole Diocese has mobilized to respond to this urgent need. Soon, Bishop will break ground on a new, permanent Respite Center closer to the U.S. Immigration detention center. Members of both of our parishes are contributing time, talent and treasure at the Respite Center. Because immigrants are often the target of extreme prejudice, even here where almost every family immigrated, we have invited other parishioners to visit the Respite Center to put a human face on the situation. Often the result is to soften the attitudes of those who confuse legal with illegal immigration.

At this very moment, all of the border dioceses from Texas to California are mobilizing in anticipation of the arrival of the migrant caravans from Central America that are passing through Mexico. The U.S. Federal Government is also mobilizing. The President is sending as many as 15,000 troops to support Border Patrol, Immigration and Customs. By law, federal troops are forbidden to take action that is proper to the Border Patrol and local law enforcement. Basically it is a presidential publicity stunt intended to look tough on immigration to influence our mid-term elections but practically speaking the troops can’t do anything.

Immigration issues, highly politicized, have deeply polarized the United States. The Federal Government is often a source of misinformation intended to incite anxiety in the general population. Instances of violence by a small number of immigrants is amplified and exaggerated so that people will think this is the normal, immigrant profile. Instead, here on the ground, the immigrant with the human face shows that these people are desperately looking for a safe and secure place to work and provide for their families.

Pray for us and our parish communities. The tensions and resistances are often great. Pray that we may always see a human face and respond as a sister or brother. 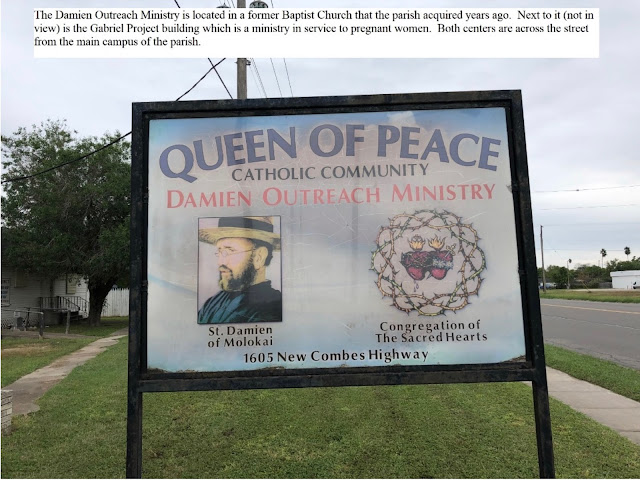