What happened to the call of Francis for the pastoral conversion of the Church? 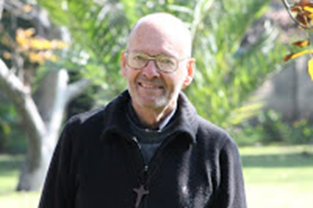 What happened to the call of Francis for the pastoral conversion of the Church?

Taken from the blog "Con olor de oveja" ("Smelling of sheep") of the SSCC province of Chile http://conoloraovejasscc.blogspot.it/2016/05/que-ha-pasado-con-el-llamado-de.html

We live today bombarded by so many stimuli of all kinds, that we run the risk of losing sensitivity and no longer taking notice of them. It happens frequently when it comes to the senses of hearing and seeing. But this can happen as well with our "spiritual sense".

In fact, Francis has been "bombarding" us with his intense calls to pastoral conversion, to an ecologically organic conversion, the cultural revolution, to mercy. We fail to realize what any one of these calls can mean when yet another one comes our way. It would be disastrous for us and for the church were we to lose a sensitivity to these calls, which I think come from the Spirit, because they are radically evangelical. So I think it's good to get back to the call of Evangelii gaudium (EG) to the pastoral church conversion, a conversion that, according to Francis, "cannot leave things as they are" (EG 25).

I ask if anything has changed:  in any one of us, in any religious community, in any pastoral community, in any diocese, in the Chilean church? Or do we think – half unconsciously - our "things" are ok and that we can leave them "as they are"? Sometimes we are very lucid to see where someone else’s "things" need to change - in the hierarchy for example-and too blind to recognize our own need to change something. It's the speck in your neighbor's eye and the log in our own, as Jesus used say(cf. Mt 7:3-5).  So I think we would do well to return to the EG to see where I have to change, where my community can change.

A beautiful thing about the exhortation is that the call to conversion is not done according to a standard that we would not be upholding, it’s not in function of a superego that is imposed from outside of ourselves; on the contrary, the call  is not to lose an opportunity to grow, the call is in function  of a good that attracts us. Looking at the good is what makes us take account of the fact that we are on the wrong track. 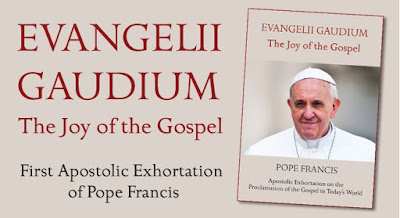 In EG, Francis does not just give a call to a generic pastoral conversion, but shows various tracks on which this conversion can run. One of these tracks is the beauty of making of ourselves, a people, to be a people. Why is it good for Christians -be they lay or pastoral agents, ordained or not, to be a people? In EG, Francis gives two types of reasoning, one is simply human, the other comes from faith.

According to the first, making a people and being a people has in itself a human value. This is something that is part of the human being and that makes the being human grow to full potential.  Francis distinguishes two levels deep in the social life of individuals: the first is to be a citizen, the second, the decisive one, is to make oneself a people (EG 220).

At the first level, Francis contrasts being a citizen in distinction from the crowd. The difference is the responsibility of the individual person before the public entity. The citizen knows himself or herself as responsible for the running and the destiny of their country and therefore takes part in political life. Persons, who immerse them in the crowd, however, are simply washed away by the dominant forces. I think there is here an important task of political education in society, in which we as Church should collaborate. The faithful should be helped to leave the state of the masses to become responsible citizens. It is not right to hide behind the assertion that the task of the Church is religious, not political. Honest public servants will emerge from among the genuine citizens, who do not seek power for their own interests. Backing the formation of this type of citizen can be a decisive contribution of the Church to our respective countries. Take note of the discussion about a new Constitution current among us Chileans, and then the elections coming: do these not make a propitious occasion to emphasize “making ourselves a people" on this first level?

For the second level, to make of yourself a people, reasons that come from faith are especially valuable. In the exhortation there is a paragraph entitled " “The Spiritual Savor of being a People” (EG268).  It's not just being a people of God, but of theological sap, of faith, of being simply a human people. Clearly, Francis refers to a "spiritual taste" not in contrast with a material taste, but one who lives in the Spirit of God and in gratitude to God. In that same passage, Francis calls to be a people inviting us to be close to people, and of this closeness he says that it is "a superior source of joy" because – he interprets - it is a joy that comes from the Spirit. The theological sap in making a people is also evident in that the passion for Jesus necessarily awakens in the disciple a passion for people, because “the gaze of Jesus, burning with love, expands to embrace all his people.” Therefore, the identity of evangelizer "is not understood without this belonging to" the people. 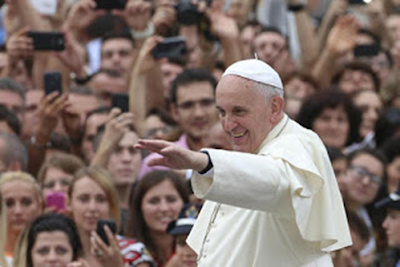 Jesus is the ultimate foundation of the call to make ourselves a people; he is a model of closeness to the people: "Jesus’ sacrifice on the cross is nothing else than the culmination of the way he lived his entire life. " (EG 269). The cross of Jesus is integrated into what was his lifetime of service and dedication to those in need. There is a such a continuity between his public ministry and the cross, that the cross is not a meteorite falling in from the outside, but is harmoniously integrated as the culmination of surrender, drop by drop, the whole of his life.

There in the exhortation a very dense number of important content, in terms of pastoral conversion, that all priests should be present as stimuli for an examination of our way of preaching (EG 154). Francis invites us to have an ear for the people, to be a contemplative of the people. This, I think, presupposes a proximity, much open listening, an empathetic welcome, questions that help people to express themselves as deeply as they can, and few words on the part of the priest. It has to do with knowing people on the inside, not to know what they want to hear from the priest but what they need to hear from him.  The goal is to communicate what the Lord wants to say to this people whom the priest in fact knows because he lives close to them.

In conversation with the leadership group of bishops of CELAM in Rio during the World Youth Day, Francis says: "In Aparecida two pastoral categories arising from the same originality of the Gospel were given in a relevant way which can also serve as a guideline to evaluate the way we live missionary discipleship in the church: closeness and encounter. Neither one is new, but they conform to the way how God revealed himself in history. 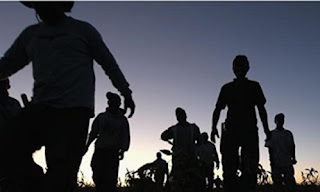 One way is the 'God close' to his people way, a closeness reaching the maximum in the Incarnation.  It is the God who goes out to meet his people. There exist pastoral outreaches, pastoral disciplines in Latin America and the Caribbean, which give precedence to principles, conduct, organizational procedures ... of course without closeness, without tenderness, without caress. The 'revolution of tenderness' brought about in the Incarnation of the Word is ignored. There are pastoral approaches with such doses of inaccessibility that they are unable to achieve an encounter: meeting with Jesus Christ, meeting with the brothers and sisters. This type of pastoral may promise a dimension of proselytism but never get to achieve ecclesial insertion or ecclesial belonging. Closeness creates communion and belonging, offers a place to meet. Closeness takes the form of dialogue and creates a culture of encounter. A touchstone to gauge the proximity and capacity of a pastoral meeting is the homily. How are our homilies? Do we approach the example of our Lord, who 'spoke as one having authority' or are merely prescriptive, distant, abstract?

In the call, Francis identifies four major obstacles that make becoming a people difficult and prevent being close to the people as Jesus was.

1) A first obstacle is the isolation, the pursuit of individualistic autonomy prevents one from going out of oneself and building community close to the people. It is isolated consciousness, closing in on one’s own interests, not giving space to others nor entry to the poor. How to overcome this obstacle? Francis says that the only way is the encounter with God: " Thanks solely to this encounter – or renewed encounter – with God’s love, which blossoms into an enriching friendship, we are liberated from our narrowness and self-absorption. We become fully human when we become more than human, when we let God bring us beyond ourselves in order to attain the fullest truth of our being. Here we find the source and inspiration of all our efforts at evangelization.”(EG 8).

2) The second obstacle is distancing oneself from the people; this brings, according to the Exhortation, an inevitable consequence that is pastoral "acedia" (laziness, listlessness), which leads to putting more attention on the organization of the pastoral task than in the persons to whom the concern is to communicate the Gospel and accompany them in the growth of their faith (EG 82).

3) The third obstacle is the "spiritual worldliness," to which the Pope devotes much space, because it seems a serious temptation today. When we fall into it, "instead, we waste time talking about “what needs to be done” – in Spanish we call this the sin of “habriaqueísmo” – like spiritual masters and pastoral experts who give instructions from on high. We indulge in endless fantasies and we lose contact with the real lives and difficulties of our people."(EG 96). Here is a key to what Francis thinks about how pastoral agents should live and, in general, all the baptized: we must always be in touch "with the suffering reality of our faithful people." That is the antidote to the self-referentiality that kills the Church.

4) Finally, the fourth obstacle is separating one’s private life and evangelizing mission: “My mission of being in the heart of the people is not just a part of my life or a badge I can take off; it is not an “extra” or just another moment in life. Instead, it is something I cannot uproot from my being without destroying my very self. I am a mission on this earth; that is the reason why I am here in this world." (EG 273). In the background of these statements is the fundamental paradox of the Gospel, formulated by Jesus in the call to lose one’s life for the Gospel and by the Gospel to gain life. 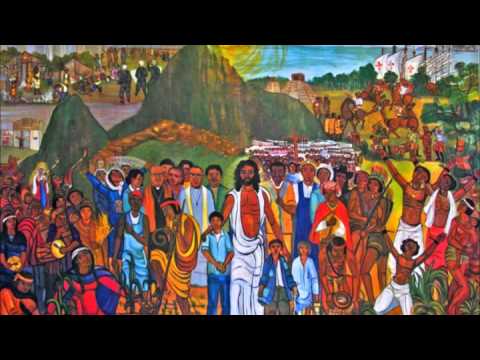 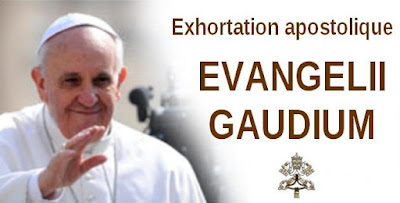 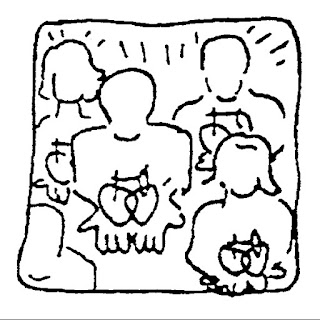 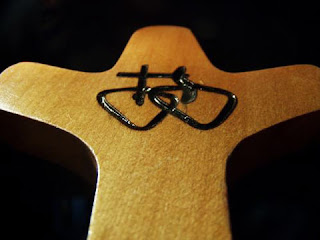 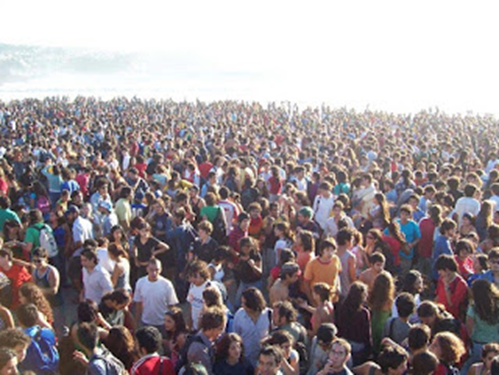 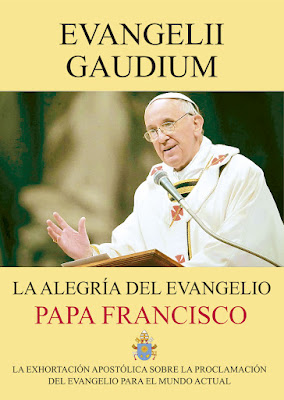 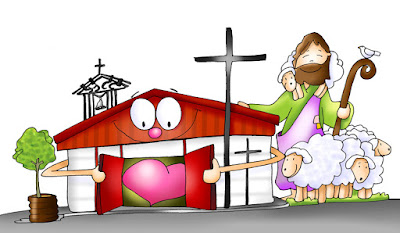 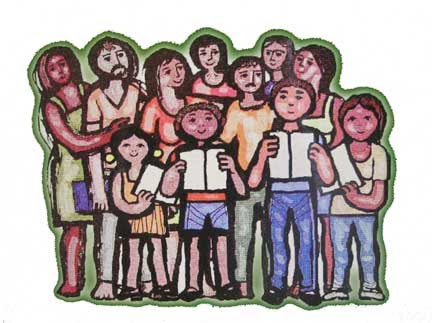