Why aren't we talking about the farmers' protest in India? 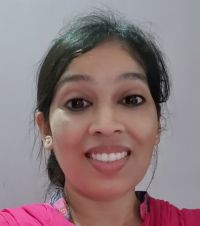 I am talking about the tweet made by globally-known pop singer Rihanna on Feb. 4. She tweeted to her over 101 million Twitter followers: "why aren't we talking about this?! #FarmersProtest." Rihanna linked to a CNN 18 news headline: "India cuts internet around New Delhi as protesting farmers clash with police." It is a usual tactic of Indian Prime Minister Narendra Modi's government to prevent protests.

Soon after, several Bollywood celebrities and sports stars, supporters of the ruling party, expressed support for the government's stand on the protests and called for an "amicable resolution" to the protests through coordinated tweets with the hashtags #IndiaTogether and #IndiaAgainstPropaganda.

An Indian celebrity replied to Rihanna's tweet, "No one is talking about it because they are not farmers, they are terrorists who are trying to divide India."

CNN 18 news then had another headline: "International Celebrities' Anti-India Tweets: Plot to Defame?" Arguments are going around and around on this matter. Some asked what does this foreigner knows about India? How does she know what is right or wrong? This is India's internal matter. Others should not interfere.

About 110 million farmers have been striking on the outskirts of Delhi for over two months, braving the biting cold and rain in a peaceful protest against the three new agricultural laws that were passed last September. As many as 70 farmers have apparently died during the protest. Families of farmers who died during protests will not be compensated, the federal government told the lower house.

The farmers say the new laws will leave them poorer and at the mercy of corporations. Besides that, the bill prevents farmers from approaching the judicial system for any future disputes. 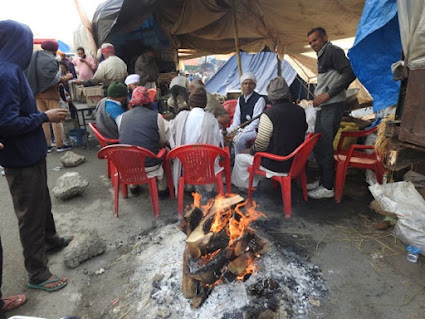 Ironically, the site of the farmers' protest presently looks militarized, like the India-Pakistan border or the India-China border. It is in New Delhi — the national capital of India! Our government has erected this against our farmers, an obstruction made of iron spikes, barbed wire, six to seven layers of iron barricades, and rows of cement barricades. It looks like a war field.

There are internet disruptions, food and water supplies are blocked, and journalists are arrested under false accusations. Those who raise their voice for the farmers find their Twitter accounts blocked, their passport verification stopped. The media portrays the farmers as anti-nationals, a vested international power, or as Khalistani, a "separatist movement" seeking an autonomous Sikh home in Punjab.

Isn't the argument about this being a purely internal matter completely wrong? The concern of farmers is raised globally because democratic values, human rights and civil liberties are threatened.

Some other international personalities like Swedish climate activist Greta Thunberg and the niece of U.S. Vice President Kamala Harris — Meena Harris — as well as members of the United Kingdom's Parliament, and some Canadian politicians also raised their voices to support the farmers' protest.

Thunberg has openly supported the farmers and has directed her followers to learn more about how they can help them. This is not new. She is a globally known climate campaigner.

But the media portrayed her tweets as a secret conspiracy. Delhi police allegedly registered a case against Thunberg.

Now, senior government ministers, Indian celebrities, sports stars and even the foreign ministry have urged people to come together under #IndiaTogether and #IndiaAgainstPropaganda and denounce outsiders who try to break the country with their tweets.

An internationally known sports star of India tweeted: "India's sovereignty cannot be compromised. External forces can be spectators but not participants. Indians know India and should decide for India." Unfortunately, he is a winner of the Bharat Ratna (the pearl of India) Award, India's highest civilian award.

Of the Indian population of 1.38 billion, 70% of rural households depend primarily on agriculture for their livelihood — with as many as 82% being small farmers or marginalized. So what is the meaning of #IndiaTogether?

Most importantly, why can't we speak out when the human rights of any person are threatened anywhere?

If the same kind of comments were to happen tomorrow about Brazil, and the Brazilian president says, "These are internal Brazilian matters; everyone else is only a spectator; and the Amazon forest can be burned," does that make any sense?

Paradoxically, when the Amazon forest issue was raised, the same Indian celebrities who now denounce outsiders speaking on Indian matters, shared: #BlackLivesMatter. The prime minister of India basically endorsed Trump's 2020 reelection, saying "Abki Baar, Trump Sarkar" ("This time it's the turn of the Trump administration"). These were all fine. But when a foreigner raises a voice against Indians, it becomes an internal issue.

We live in a globalized world. What happens in one place has an impact on other places. If it is every human being's responsibility to raise a voice against Amazon deforestation; it is also the responsibility of everyone to stand in solidarity with the farmers who feed the world.

The Rev. Martin Luther King said, "Injustice anywhere is a threat to justice everywhere." Wherever the values of democracy are attacked, we must raise our voice. This could be in our family, community, society and elsewhere. 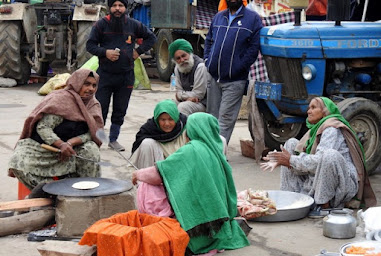 Jesus preached God's kingdom in a new and powerful sense as he challenged the socio-political and economic structure of the society that victimized the poor.

Prophets in the Old Testament denounced injustice and greed fervently and urged fostering of the common good among all.

We can discern that when the prophet Amos cried, "Let justice roll down like waters!" he is attacking several injustices (Amos 5:24). The people he denounces take their own cut from the hard work of poor people, treat them with contempt and take bribes (Amos 5:11). When they sell wheat, they rig the scales and the currency (Amos 8:5). It is always poor people who are their victims. These ruthless exploiters are nameless, but they plainly have wealth and power.

In this context, Rihanna's "why aren't we talking about this" is a wake-up call for many of us who are mere spectators of the farm law. It is a challenging and thought-provoking message to denounce injustice and stand for justice — especially for the voiceless and the vulnerable ones — for whatever we do to the least of his people we do to Him.

The church must stand in solidarity with the farmers. It is important for the church to be with the people, especially in times of trials, tribulation and threats. The new laws are not only about the farmers. No, they are about every one of us. We must realize the fundamental fact: "No farmer, no food."

I stand with #farmers.

Farmers' rights are my rights.

Sujata Jena is a member of the Sacred Hearts of Jesus and Mary Congregation. She is an advocate and social activist. She has worked among Dalit and tribal women, children and youth of the eastern Indian states of Odisha and West Bengal. She is a correspondent for Matters India, a news portal that focuses on religious and social issues.