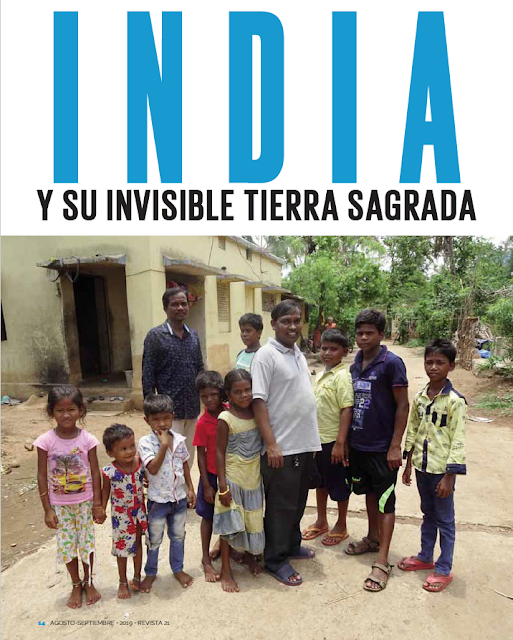 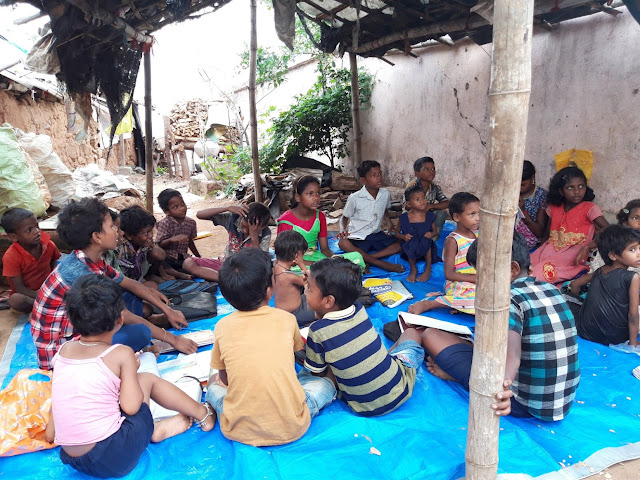 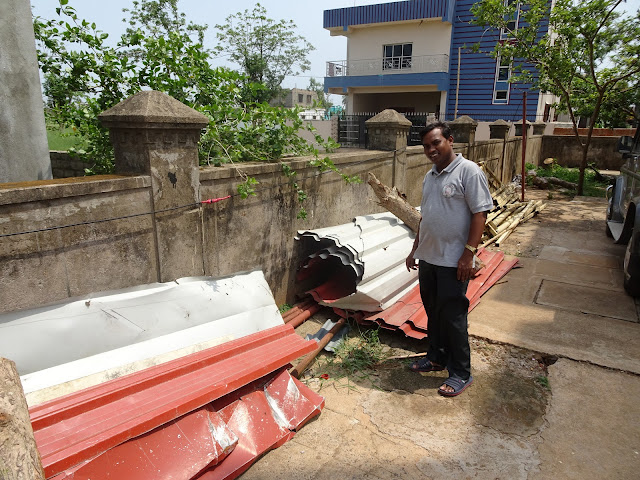 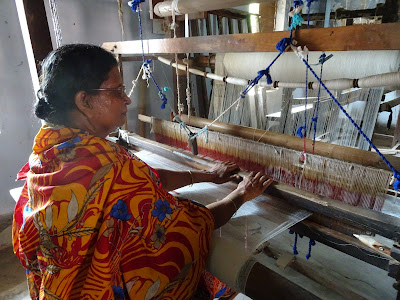 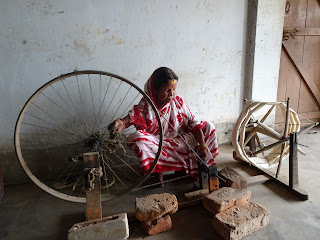 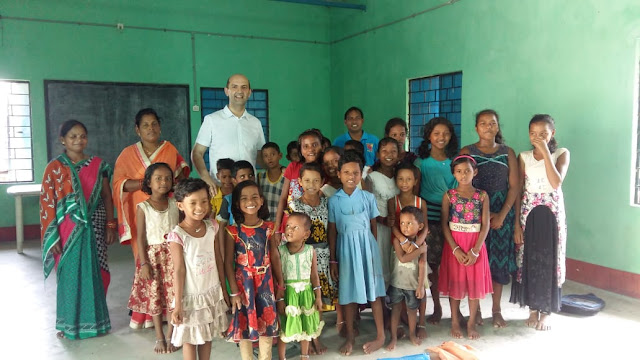 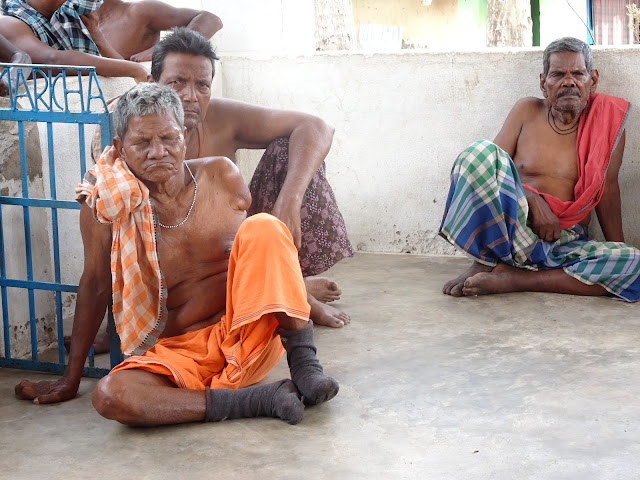 India, an emerging country of significant contrasts, diverse geography, multiple languages ​​and religious beliefs, offers a wide range of social, cultural and political realities. We experience on our trip through Calcutta, Bangalore and Bhubaneswar the sacred cows quietly crossing the roads and walkways; we spot luxury hotels from our car; and we pass several locations on the edge of Bhubaneswar that harbour those on the margins, those considered a taboo: leprosy (Hanson) sufferers.

The night that I arrive in mid-June in Bhubaneswar, north of the Indian subcontinent, and after a warm reception by the brothers of the Sacred Hearts working in this area, a hurricane began that quickly cut off the power to the headquarters of the Damien Social Development Institute. Ajit Baliar Singh ss.cc., ​​director of the Damien Institute, explains to me the next day, that a month ago Cyclone Fani took the roof of the building where the social and medical activities are coordinated, and which houses a clinic that offers physiotherapy, laboratory facilities and general medical assessments. In addition, in collaboration with the Central Hospital, they give medical treatment to patients with tuberculosis. Now a major priority is to repair the roof. 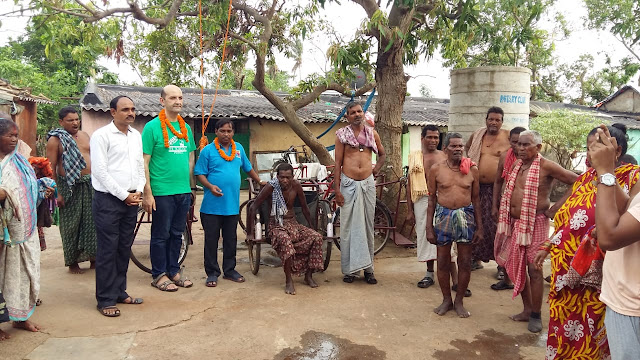 Ajit is an active, energetic man, forty years old, who interacts with complete familiarity with the village leprosy patients who receive support and help from the Damien Institute. The Sacred Hearts (ss.cc) religious from India call him "the second Damien", for his outreach to the cause of the most disadvantaged, inspired by Saint Damien de Molokai. "In times of difficulty, which are many, I remember Father Damien," he says. On Ajit lies a great responsibility, shared with a team of enthusiastic collaborators, other Sacred Hearts brothers, such as Radhelal Jatwar sscc and Alexis Nayak sscc, and the economic aid that comes from the United States, Ireland, England and Spain. Ajit is also a religious very much loved by the volunteers who come in the summer to help with the sick children from the local villages, or to help with other activities. "I remember - Ajit tells us - the amazement of Paco, from the Parish of the Good Shepherd in San Fernando or the emotion of Carla, a professor at the College of Fr Damien in Barcelona".


We could say, using a metaphor, that the Damien Institute is a large umbrella that covers seven villages of leprosy patients, three dispensing clinics, a hostel or residence for young people, a mobile clinic, a centre for out-of-school children and a workshop for women. 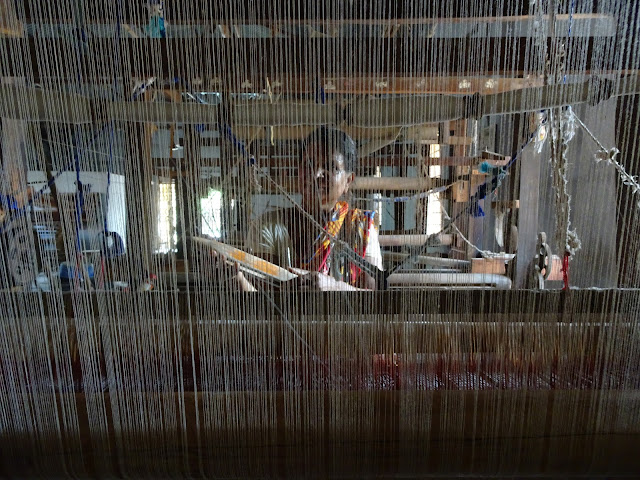 Women, before who you must take off your shoes


In Gandhipalli village, not far from the city of Bhubaneswar, live ten thousand people, many of them with the leprosy bacillus. Here we visited the Aymer Workshop (weaving loom), where a group of women who have overcome leprosy, work to make a living and live autonomously. When listening to the stories of these brave women who fight to live, one can’t help but note that, after having taken off ones shoes in temples and churches in several cities, you have to also take off your shoes in front of them, because they really are sacred ground.

Basanti Maharana has been working in the workshop, which she currently coordinates, since 1992. She is very happy with her work and what it means for a single woman to be able to move forward with the effort of her arms and the sweat of her brow. For his part, Kamala Mallah has been working on the workshop loom for twenty-five years. He hopes to continue doing so while his fingers allow it, because the disease reduces joint mobility and inevitably saps ones energy. “It is a patient but hard work, that allows us to make a living for ourselves,” he confesses with conviction. Energetic work requiring moving the spinning wheel, making gauze, bandages and towels. Presently some women have had to leave the workshop, because the effort required made it impossible for them to continue. New candidates may join the project and that gives new hope which becomes a springboard of dreams, because unfortunately women and leprosy are an even more painful and excluding combination. 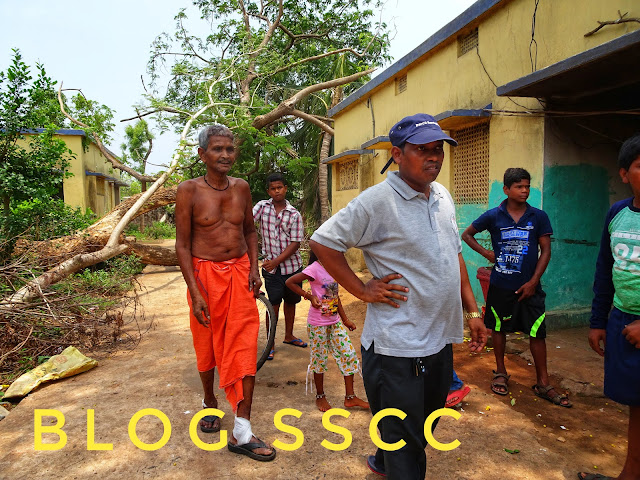 Now it's time to visit the Choudwar area: here there is a residence for young students, a dispensing clinic and the village of leprosy patients called Trinath, where, as in other villages, the Damien Institute has built the houses. The Coudrin Chhatrabas residence welcomes twelve teenagers, children of leprosy patients, who are given the opportunity for free high school studies, to help them carve out a future for themselves. Suresh Chandra Roret, coordinator of the residence, together with the young people and the cook, Kunima Llelai receive us with a bouquet of flowers. Suresh highlights the aim of developing the different skills and personalities of the students. He is satisfied with them and it shows, because together with discipline you can see that this work fills him vocationally.

It is nice to hear that for these young people, Kunima is more than a cook: "she is our second mother." She is a young widow who is totally devoted to this cause. Madhusulan Las, aged twenty, feels that the residence has helped him "to grow not only in his level of education, but also in other qualities such as discipline, hard work, respect and love for others." Madhusulan, Kaghesurar Pradhan and Biswasif Sahuo recognize that the residence will help them write a story different from that of their parents. Ajit highlights to me the various repairs that the residence building needs. He looks at me and throws me into a spin with English laced with his native language from his region of India as he says: "Write something about this, to see if any help comes." Hopefully these poor words of min will serve to prick the conscience of some and spur them to join this adventure of the Damien Institute. 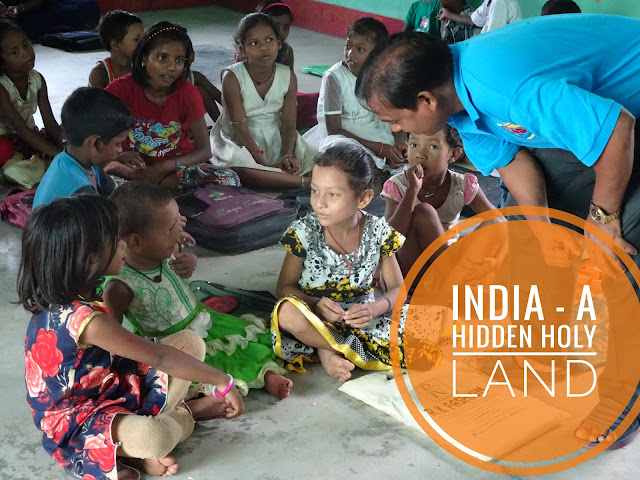 
In front of the residence stands the Damien Clinic of Chawdar, which serves one hundred and fifty leprosy patients. Dasarath Sahoo is the nurse at the clinic. He is responsible for giving medicine to the sick and bandaging their ulcers. It is a task that engages with all of the society, and for this he is happy to carry it out. "I am happy to do this job." There are patients with a level of contagion greater than others, so we have to control and dose with different medications and treatments. Hence, a "multi-medical therapy" is applied. We see how delicately Dasarath treats the sick, and his care when applying medicines and bandages. In total, one hundred and fifty patients benefit from his care. Dasarath is the son of parents suffering from leprosy. His personal history is a beautiful example of overcoming difficult odds.

Next to the clinic, fifty-six houses make up the sick colony of Trinath. We enter the colony, with a suffocating heat, feeling that, again, we step on sacred ground. It gives me some discomfort to take pictures. Again Ajit looks at me and encourages me. "Keep going” - I say to myself – “you have to do the job well”, convinced that if I do not give visibility to these realities, then they can hardly be overcome. A small group of twelve children accompanies us throughout the tour. I remember Mother Teresa of Calcutta once said that poverty is not at odds with beauty. Even in a village of leprosy patients, the beautiful dignity of people is above their suffering and limitations; the joy of children, who greet us touching our feet; the bright colours of saris; or the confidence shown by a leprosy patient in Ajit. In the middle of the road again we see the effects of the cyclone: a tree uprooted that has damaged one of the houses. The director of the Damien Institute repeats to me again: "This will also have to be repaired." 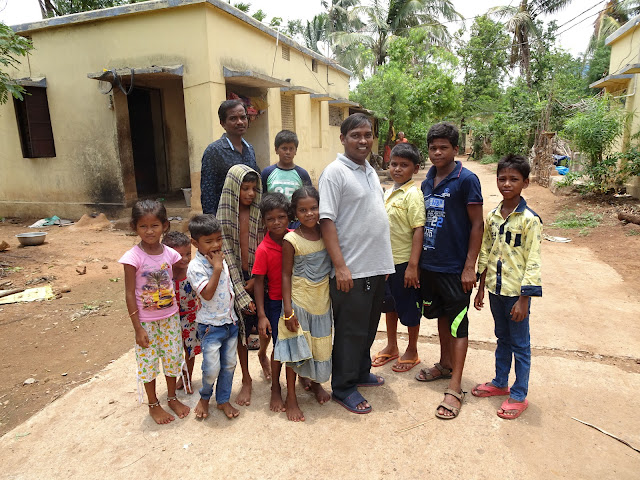 In the week that I am in Bhubaneswar, I visit several leprosy colonies. One afternoon we approached the colony of leprosy patients at Gokhibaba, next to the railway track. Sixty-seven people live in this remote area. Upon arrival we received some flower garlands and meet the elders. Ajit, Tarini Shoo (who is a volunteer at the Damien Institute) and I, take off our shoes in a small square in the centre of the village. There the sick tell us their problems and ask us for help. They are grateful for everything they receive, but they need new water pipes, and the cyclone has damaged the communal toilets and the dispensary. As we leave, an old man raises his hands and solemnly gives us his blessing. The others begin a lively ritual song. I'm speechless. Right now words are not necessary for it is these poor people who are the ones that most unite the realm of the sacred.

One of the mornings is dedicated to the children of the Jagananath Tuition Centre, a simple school for children who are not formally attending any educational facility. By this I mean a school for children in a situation of social exclusion. Sixty children, aged three to eleven, have an opportunity to learn to read and write, speak English and use the basic instruments of education. One of the girls offers us a beautiful dance. The roof and other units in this building have also been affected by the devastating cyclone. "More repairs needed" but this time my interlocutor is Father Radhelal ss.cc.


As I write this text, Ajit comes to me with a page with a list on both sides of different needs. He tells me about health prevention campaigns, medical campaigns carried out by the mobile clinic, rehabilitation programmes for the physically and mentally disabled…

Now it is the assembly of all the Sacred Hearts brothers from India who will present their report and request aid. I strongly believe that this work of the Damien Institute is a miracle of generosity and trust. If any reader also wants to put his grain of sand, he can contact Father Ajit through his email account: ajitss.cc09@gmail.com.


Probably, some of you will ask yourself: what role does the Indian State play in all this problem? It is paradoxical, but in India, leprosy was officially eradicated a few years ago. In the absence of the disease "officially", the sick are "invisible" to the State and do not receive any subsidy or help. One of the missions of the Damien Institute is to make them visible and claim their rights as citizens.

At the end of my stay in this immense country where I have had the privilege of being welcomed by these “invisible” people, the words that God addressed to Moses, reflected in the book of Exodus, resonate in a new way: “Take your shoes off, because the place where you stand is holy ground”. 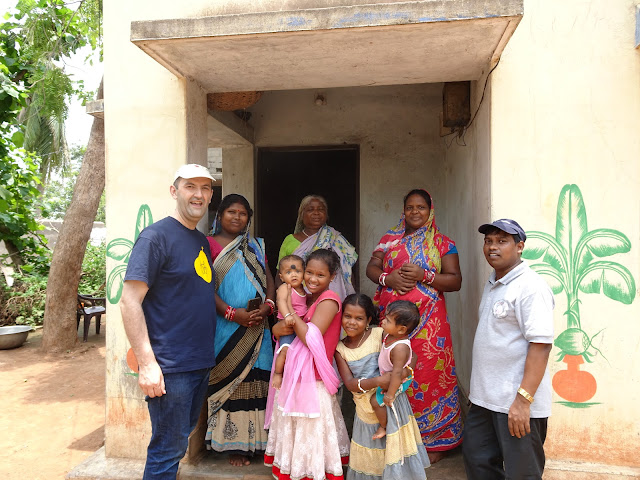