Posted by SSCC Picpus Blog at 9:22 PM No comments:

Email ThisBlogThis!Share to TwitterShare to FacebookShare to Pinterest
Labels: Faith/Foi/Fe 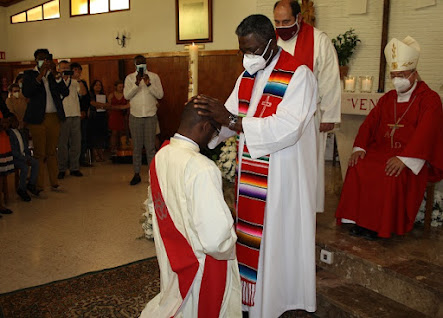 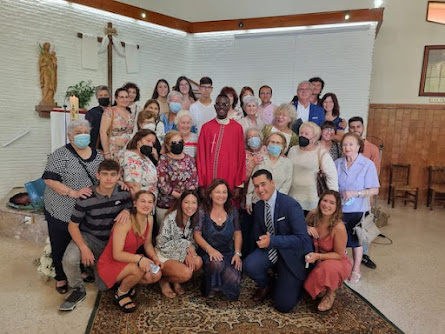 Posted by SSCC Picpus Blog at 4:03 PM No comments: 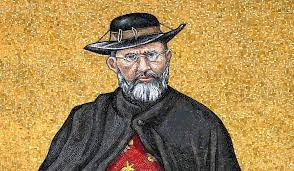 Posted by SSCC Picpus Blog at 3:57 PM No comments:

Email ThisBlogThis!Share to TwitterShare to FacebookShare to Pinterest
Labels: Damien/Damián, SSCC in genere

In mid-March 2021, the Congregation for the Doctrine of the Faith tried to end the debate about holding blessing ceremonies for homosexual couples. "The Church has no authority to do so”, said the letter from perhaps the most powerful Vatican authority. This clear pointer burst into the middle of the consultations regarding the Synodal Path being undertaken in Germany, which will also deal with this topic. The reactions of the German bishops were very different. Those responsible for the Synodal Path in Germany declared that this question would remain on their agenda. Our editor Thomas Meinhardt asked Stefan Diefenbach what he thought of these developments. This theologian, a former member of the Congregation of the Sacred Hearts, a religious community, has just published a book on the subject. 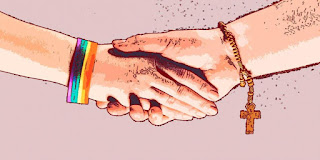 From the point of view of the Congregation for the Doctrine of the Faith, why is it against  blessing ceremonies for homosexual couples?

Stefan Diefenbach: From its point of view, everything that has to do with sexuality and does not involve a man and woman is not inherently natural. According to this view, sexuality must always be directed towards the procreation of offspring within marriage. Since this is not the case with same-sex couples, there can be no celebration of blessing here. According to this understanding, a blessing would be confirming a wrong and sinful act.

What is the background to this argument?

Behind the argument is a conception of natural law that prevailed in the church for a long time. Today it is considered outdated and is only used in relation to sexual morality. That is why this line of argument is criticised from many sides. It is based on premises that are no longer seriously defensible in the scientific debate. But even arguing along natural law lines, the claim that same-sex love is just an accident of nature cannot be sustained. In the meantime, there is actually no longer any scientific doubt that same-sex relationships exist in many places in the animal kingdom as well, and that very different forms of sexuality exist.

Moral theology today is based on personal dignity and on love as mutual respect and recognition. It is a personal approach and no longer a natural law approach.

Would you say that the natural law argument is in some way similar to the ignorance shown to Galileo - in other words, is it that the hierarchical church simply does not take note of the state of science?

Perhaps the church is aware of it, but immediately embarks on a defensive stance according to the motto: the Church is in the truth and everything that is proposed from the outside contrary to certain beliefs is experienced as an attack.

At an event two years ago in the Haus am Dom, (Catholic Conference & Cultural Centre) in Frankfurt many renowned theologians discussed this topic. At the end of the day, a religious priest who worked at the Curia in Rome said, "These are all good arguments, but the Church’s teachings are good and correct!  After having a whole day of very nuanced discussions, in the end someone simply wiped everything off the table with a sentence like that. I was shocked that the Roman Curia was obviously no longer prepared to take even theological arguments seriously. To make it clear with an example: If corporate headquarters no longer listens at all to its own development and marketing departments, but just carries on as usual, then things are really bad for the company. And that is what we are witnessing right now.

I'm not talking about an uncritical adoption of new findings, but if, as a church, we are no longer capable of learning, then things will become grim.

On the other hand, after seeing the reactions to the letter of the Congregation for the Doctrine of the Faith banning blessing ceremonies, I am no longer quite so pessimistic. So many expressions of solidarity - up to and including the “flagging” of churches on 10 May - and so much attention being paid to such an issue would hardly have been possible without the attempt from Rome to simply clear this issue away. Many bishops were not happy with such a reaction either.  I think such attempts to administratively end a discussion today usually lead to more people looking into it. This is more likely to initiate change. For example, John Paul II's statement that the ordination of women was out of the question only led to more and more people studying more closely what was behind such statements and whether they could be upheld at all in the light of theological research.

Because they are at home in the Church. Because this church is committed worldwide to goals that are also important to them - such as peace, social justice, fraternity. Because they feel inspired by the message of Jesus of Nazareth and feel secure in this community of brothers and sisters.

I personally feel the same way. I was baptised into this community, received the sacraments and was at home in the church from an early age. Is it possible that such a significant decision for a common life with another person, for whom I also take responsibility, could have no place in this community?

The local church is already much further along in this respect. In my experience, it does not matter whether people are remarried, divorced or living in a same-sex partnership. This is also my experience with my husband Walter in the Kolping family, in my home parish in Lahnstein or in the Frankfurt parish where I live and am a member of the parish council.

The hope of many who wish for a church blessing is that those who speak for the church in their capacity as priests will express what is already there in the midst of the people of God, namely that God accompanies a couple on their journey. When a blessing is given to a relationship in front of the congregation it has a different quality. A blessing is not a reward for something, but an affirmation of the belief that God is with them along the way.

In your opinion, what is the core of a church blessing?

Jesus' mission is to accompany people on their journey through life, to promise them good things, to restore them, to heal them, to communicate God's love. Therefore, it is the ministry of the church, as pastoral caregivers, to ensure that this happens, especially when people are sharing their lives with each other as Christians, when they have taken on responsibility for each other, such a blessing strengthens the common bond between two people. Relationships - as we all know - are often quite fragile. A blessing makes clear that God accompanies this relationship and affirms it as a life decision for each other.

Last year, together with others, you published a book on the practice of blessing celebrations. What was your intention?

We not only wanted to shed light on the topic theoretically and theologically, but also to show what the practice already looks like today. As far as I know, blessing ceremonies for remarried divorcees have been taking place for 40 years, and blessings for same-sex couples have certainly been taking place for the past 30 years.

For this book we have chosen 35 examples from recent years that show how responsibly all those involved deal with a situation that officially should not exist, but which they longingly desire. Everyone tries, as far as possible, not to imitate the sacrament of marriage, so as not to get the priest or the pastoral workers into big trouble. And they all try to be very creative and very responsible in the way they organise these celebrations. We wanted to show that no one needs to be afraid of these blessing celebrations.

What reactions have you received to this book?

There have been no negative reactions so far. We see the book as a contribution to the discussion. We are not saying it should be done exactly this way or that way. Our approach has at least led to an auxiliary bishop writing the foreword, which would certainly have been very difficult five or ten years ago. The examples are very different, but tend to go in the direction of the blessing being officially given in a church or chapel by a priest or a chaplain. This is usually done in the context of a celebration of the Word of God - i.e. not coyly in a side room, but where the congregation gathers and also celebrates the Eucharist. Obviously, most couples want these elements.

What would you like to see from the Synodal Path on this issue?

Regardless of the outcome of the Synodal Path debates, there will always be same-sex couples who long for an official church blessing for their partnership. And there will always be pastors who do not want to refuse this wish because it corresponds to their deepest understanding as pastors. Many Catholics around the world look to us in Germany and encourage us to continue. They hope that this will lead to a widening of this practice throughout the universal Church.

That is why we are now trying to translate an abridged version of the book into the languages from which we have received enquiries. We also want to share this contribution to this ongoing discussion via the social networks so that the debate can be conducted more and more at an international level. I certainly have this international view from my time in my religious community, which has always understood itself as a worldwide community. That is one of the great gifts I owe to the religious community of the Congregation of the Sacred Hearts. There were sisters and brothers almost everywhere, and wherever I went, I was always at home.

Within the framework of the Synodal Path in Germany, there were many serious discussions in which, although no agreement was reached on the content, mutual understanding was fostered. Some of the participants have told me of very moving moments on issues such as the opening up of ministries to women or living in productive relationships. This has been confirmed for me in statements made by bishops that I would have thought impossible five or ten years ago. In this respect, the Synodal Path has already made a difference. Even if in the end no decisions come out for immediate implementation,  in my opinion a momentum has emerged on some issues that can no longer be kept under lock and key.

Do you expect a clear sign from the Synodal Path in Germany?

Yes, a clear position will emerge. There will always be those who say: That's not my way. That's okay too. Those who have difficulties with carrying out such blessings should not have to do so. On the other hand, the concerns of some should not lead to prohibiting everyone else from doing so. I hope that it will be possible to finally get the blessing ceremonies out of this grey area and make them officially possible. Such a position in Germany would also set something in motion in the worldwide church, creating a leeway that can help everyone move forward.

Posted by SSCC Picpus Blog at 8:57 PM No comments: 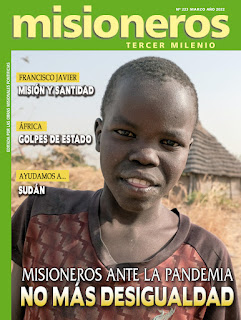 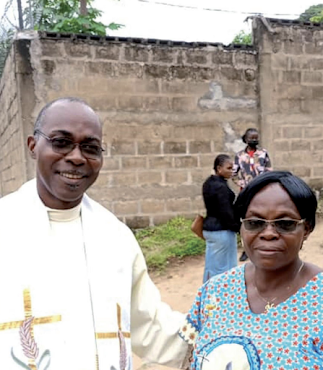 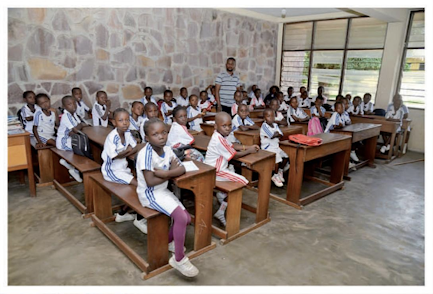 Posted by SSCC Picpus Blog at 11:47 AM No comments: